I was running late, which wasn’t really unusual. After all, I had been running late for about six years, ever since my husband and I had our first child. The hour was early as I quickly got ready for work, and barely a sliver of light had begun to peek through my bedroom’s drawn blinds. Yet it was time for me to start my day at the hospital performing patient care as a nurse, and I efficiently pulled on my support hose and shoes just prior to leaving. It was at this point my nine month old daughter began to make fretful noises in her sleep, and as I gazed upon her from the doorway she started to kick her legs wildly. She was gonna wake up for sure.

Moments later, just as I had expected, I held her chubby, warm body against my chest and walked quickly down the hall to where my husband was sleeping. I tapped him, then I tapped harder, but still he slept on. I finally shook his shoulder briskly to break him from his deep slumber, and as his heavy eyelids fluttered I watched him eventually acknowledge why I was waking him so abruptly. It was his turn.

He graciously accepted our third bundle of joy, but as I passed the torch of childcare our daughter let her discontent be known. She began to cry while her big eyes pleaded for me. She wanted mommy, and I slinked away guiltily as I heard my husband’s comforting soft words, “shhh baby. It’s okay.”

I stood just around the corner pulling on my nursing shoes as my baby’s cries settled into silence in the warmth of daddy’s arms. I wanted to see them together one last second, to look upon them cuddling together, but I knew it wasn’t best. If she glimpsed my face it would set her off again, and I hated to put my hubby through that. So I slipped quietly out the door, pulling it closed with a gentle tug of my hand, but also a harsh pulling at my heart.

I didn’t get to tell him goodbye.

It had struck me the other day as the hours of the day zoomed by that soon my hardworking honey would be home from a full day at work, and that filled me with excitement, but I also knew I’d be competing for his affections. Our daughters would be vying for my time. After a quick dinner and a long, drawn-out bedtime routine there would hardly be anything left for us to share. The night would be gone, our energies zapped, and it seemed most nights like we simply shared one another’s leftovers. Just being honest.

Many a day I would talley together in my head the numerous things I wanted to share with him. Not major occurrences, mind you, just the small, insignificant details that made up any given day. You know, the kind of things you shared with your best friend. But somewhere between my morning coffee, the afternoon nap battle, and the midnight hour, my mind went blank. I would drag myself to sleep, placing a tired kiss upon my husband’s lips first, and wondering as my head hit the pillow where in the world the day had gone. There just wasn’t enough of it to share with my mate like I desired.

As it stood we often felt like coworkers in the great factory of raising small children, and he happened to be the foreman who heard the report of misbehavior when he came on shift. Throw in teething, cold viruses, a revolving door of doctor visits, and extracurricular activities and you barely had room to breathe, much less share a romantic moment alone.

Yes, my marriage had certainly changed since we stood together on the altar saying “I do,” but I remember fondly my favorite part of our wedding day. When we stood before the preacher agreeing to our devotion for one another I never took my gaze from my husband’s. I stared deeply into the soft brown pools of his eyes, and I felt such an intoxicating love. It literally took my breath away. I never wanted to stop looking at the man I cherished so deeply, but eventually they said something about “husband and wife” and we had to go eat cake. 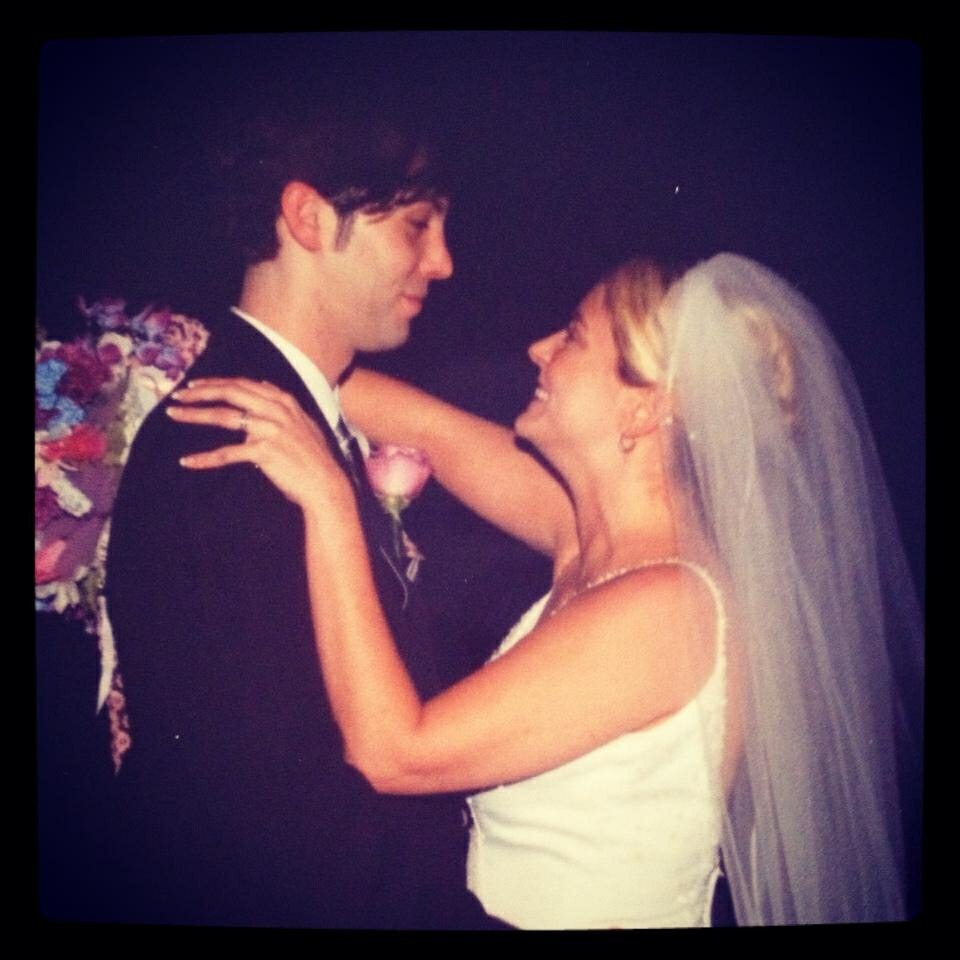 Yesterday when my husband had left for work he had come to quickly deposit a goodbye kiss upon my lips, and as we parted I grabbed his face between my hands and stared deeply into his still entrancing brown eyes.

“I love you so much.” I said as I stared, and when he answered in reciprocation I felt the weight of his sincere words upon my heart. At that moment it didn’t matter the work responsibilities, the family responsibilities, or even how draining and time consuming it all happened to be. So much had changed since we first became husband and wife, but none of that mattered. What mattered most was the thing that had not changed. Our deep feelings for one another. That unconditional love carried us through the waves of change that life building a family and careers had ushered in, and that sincere commitment kept us afloat even in our weariness and strain.

But it also did this. It allowed us to see what was important, and it wasn’t so much the quantity of time, but the quality of it. We didn’t focus on the struggles or inconvenience, but instead the celebrations and joy. Watching my spouse with our children filled my heart to overflowing. I felt immense pride at how hard he worked for us all. Most important, the time we all spent together was the best. These were some of the best times of our life, even if they were different, or hectic, or quickly passing like sands through an hourglass. Especially then.

So, sure, things had changed, but then they hadn’t too. The love was there, but it was also multiplied. In fact, it grew each day.

About the Author: Brie Gowen is a 30-something (sliding ever closer to 40-something) wife and mother. When she’s not loving on her hubby, chasing after the toddler or playing princess with her four-year-old, she enjoys cooking, reading and writing down her thoughts to share with others. Brie is also a huge lover of Jesus. She finds immense joy in the peace a relationship with her Savior provides, and she might just tell you about it sometime. She’d love for you to check out her blog at BrieGowen.com.

Read Next On FaithIt
Save Yourself for Marriage: 5 Lies About Sexual Purity Many Christians Believe