Disney’s animated series, “The Owl House,” made history this week with the network’s first ever bisexual lead character. It’s all in an effort to pursue greater representation in kids entertainment. 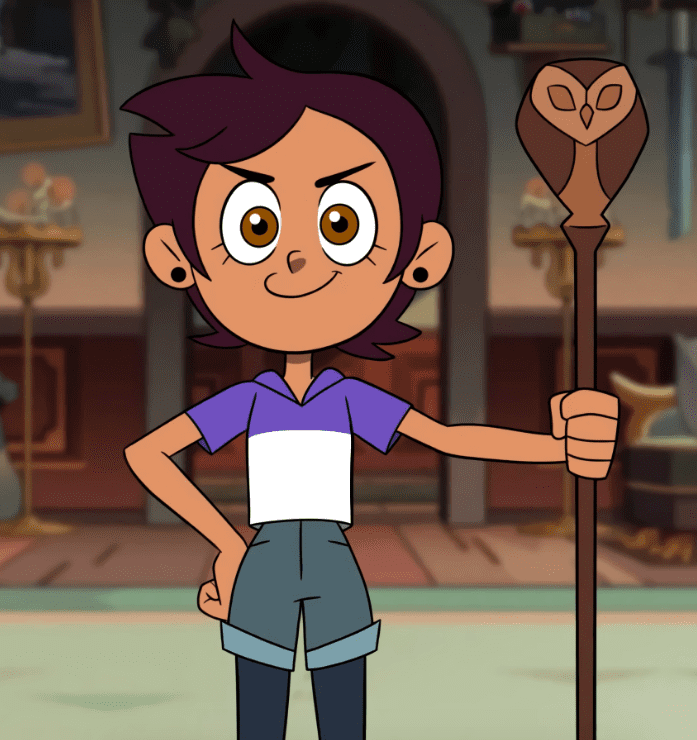 In a series of tweets, Terrace, who is also bisexual, says she wanted to write a character who represented the same. Despite initial push back from higher ups at Disney, Terrace says she’s now “VERY supported” by the network’s current leadership.

The series, which is rated for ages 7 and up, is based on a “self-assured” teenage girl named Luz, who stumbles upon a magical portal to a demon realm where she finds herself battling the forces of evil. It’s in this “magical new world,” where Luz befriends a rebellious witch named Eda, and a tiny warrior named King.

After meeting Eda, Luz decides to skip Summer Camp, and instead pursue her dream of becoming a witch by serving as Eda’s apprentice.

Following its debut in January, “The Owl House” immediately received backlash from concerned parents about it’s “evil” and “demonic” content.

Conservative Christian group, One Million Moms, which regularly launches campaigns against questionable media content, started a petition, calling on Disney Channel to cancel the show. The network had renewed the animated series for a second season before the first episode ever premiered.

“In The Owl House, Disney introduces kids to a world of demons, witches, and sorcery while inundating their young minds with secular worldviews that reflect the current culture,” the organization wrote on the campaign page.

“The show makes light of hell and the dangers of the demonic realm. Even the previews and commercials include such content that makes it difficult for families who watch Disney Channel to avoid the evil content completely.”

News of the lead character’s sexuality comes after two of the most recent episodes, “Enchanting Grom Fright” and “Wing It Like Witches,” highlighted a budding relationship between Luz and another female character named Amity Blight.

Although Luz has previously shown an interest in boys, her pursuit of Amity has come in recent episodes when Luz asked Amity to “grom,” the witch world’s version of prom, and the two girls danced together.

It would seem that Luz being bisexual is only the tip of the iceberg. In her Twitter announcement, Terrace said she can’t wait to “explore things that are important to me and my crew.”

Disney has had a few openly LGBTQ characters, but none have served in prominent lead roles until this year.