As a mother, there are so many times I look down at one of my daughters laying in my lap and I’m in awe. I look at the upturned lashes, tiny lips, and wispy, blond hair, and I’ll be amazed that something so beautiful came from me. As I watch the oldest grow taller, her face becomes slimmer as her features become more adult and less childlike, I wonder what she will be. When I look at her through that lens of motherly love I think she could do anything she wants, and I’m quick to tell her so.

Young ladies, especially, are encouraged to be all they can be, to believe in themselves, that the sky’s the limit. Girl Power, Girl Tribe, Go Girl, Be You, Be Amazing, and on it goes. I get it. I totally get it! When I look at my daughters I agree, I think yes, baby, be all you can be! But this has been a work in progress, it didn’t just happen overnight. Eight years ago she entered this world, and I knew from the moment I laid eyes on her that she was special. But it started even before her first cry.

She didn’t suddenly exist when the doctor cut the cord. The stork didn’t bring her, and she didn’t magically appear in my arms when I wished upon a Star. She was actually nine months in the making. She began when my husband and I joined our efforts to create her, and from that moment of conception, she began to form into the gorgeous young lady she is today. When I look at her today I know she will be something amazing, but I knew it when I looked into her newborn eyes. And I also knew it when I first saw the positive pregnancy test. That was the beginning of who she will become one day, and who would I be to halt that ascent to greatness?

And the thing is, whether she invents the cure for cancer, becomes a famous singer, decides to be a stay-at-home mother and wife, or a shoulder a friend can cry on, it will be great. Who am I to keep the world from a friend who talks them out of suicide or a scientist who creates a new self-sustaining and environmental-friendly form of fuel?

I wonder if those who support abortion ever wonder who they’re killing, who could have been had they not taken their life away?

It seems that a popular opinion is that life doesn’t begin until it starts outside the mother’s body, but how could anyone believe that lie? It’s simple biology. Just as I mentioned before, my daughters didn’t simply appear. Their father and I created them. We started their development. And with each day they develop more and more. They have a heartbeat. They are alive. 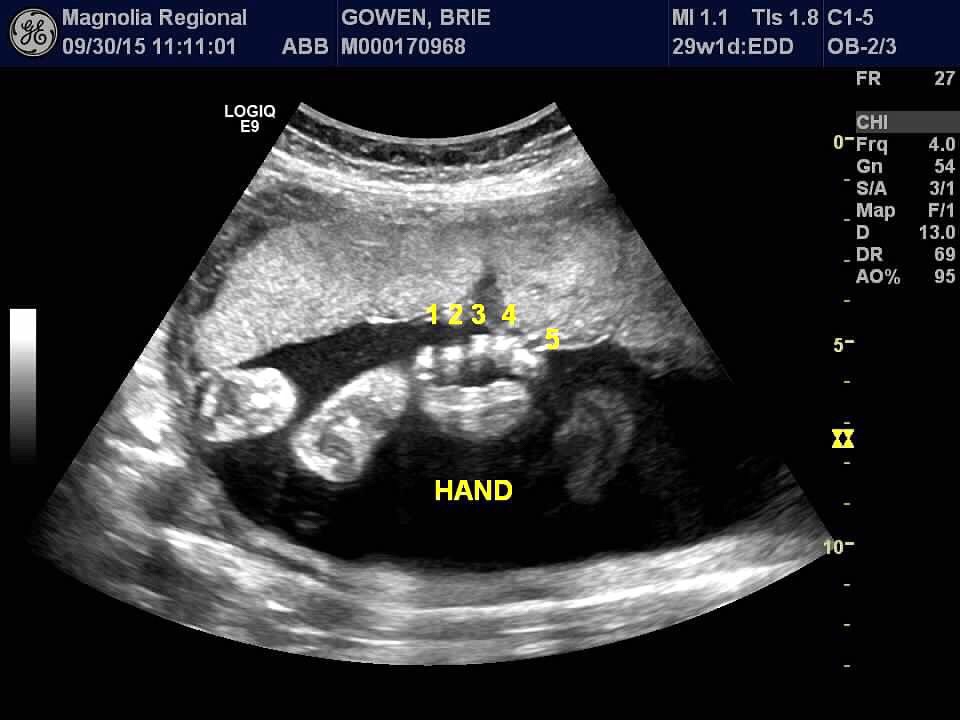 But they can’t survive outside the womb. That’s the argument for abortion if performed by a certain time, say less than 24 weeks. But if we’re going to use that train of thought then let’s do away with intubation, ventilators, life support, CPR, and vasopressors. As a nurse, I’ve taken care of hundreds of patients who would die without those things, but I don’t take those things away. I would lose my license and go to jail for murder. But ripping a body with a heart that beats on its own from its mother’s womb is perfectly legal. In fact, in New York, it’s now legal to rip that life apart even if it could survive outside the womb on its own. And other states are wishing to follow suit.

But it’s a choice! It’s the mother’s choice! That’s the real argument, but I can’t understand why. How can one life decide that another life isn’t important? Just because one is bigger and can hold down a job (maybe)? Like I said before, girl power, the rights of women, and feminism abound, but only if you’re a female outside the womb. Ones inside are easily discarded. The murdered baby girls are crying out “me too!”

Blinded by lies. Blinded by deceit that says one life is better than another, that one person’s choice trumps another. We’re all about human rights until it comes to baby rights. They don’t have any. Society has convinced itself that a person magically becomes real when they leave the womb. Before that, they’re just pretend, apparently. They’re just an inconvenience that can be taken care of, a problem that can be solved so people can move on with their lives unhampered, without having to take responsibility for their actions.

Hey, now! But what about rape! They can’t be responsible for that! I personally know the pain of rape, but I also know the joy of childbirth. Why should my pain be the force that stops a life trajectory from happening? What if the product of rape grew to become a criminal prosecutor to put rapists behind bars? Do we never wonder who all these murdered babies would/could be? Activist Jesse Jackson was a product of rape. Today, his mother would be an abortion industry poster mother. Contending against her pregnancy were rape, scandal, age, poverty, her “health” and a dashed future.

What about when the mother’s health is at risk? I read an interesting article recently. It detailed how Tim Tebow’s mother became severely ill when pregnant with him, and she was counseled to abort to save herself. She chose life, the life of her child. My first thought was how Satan tried to end Tim’s life before it got good and started. He knew Tim was destined for greatness. That’s the saddest part. This isn’t a battle with flesh and blood we’re fighting, although with all the blood and ripping flesh of abortion it certainly seems that way! But deep down this is a spiritual matter. Satan laughs and dances a jig that the world is falling for his lies to steal, kill, and destroy.

The devil’s deceit says abortion isn’t murder, but it is. His lies say life doesn’t start in the womb, but it does! A heart is beating, a baby is growing. How can anyone look at the face of a child and not realize it had to start somewhere. They didn’t just appear. There’s always a beginning, but Satan would whisper, “it’s ok. It’s just a clump of cells.”

But we are all a clump of cells, with a soul. By definition, a cell is the basic unit of life, the building block of life, the structural unit that makes up all living organisms. Again, we’re all a clump of cells. Some of us are just bigger than others, and some of us believe the lie that our cells are more important than the cells of another human being. The Holocaust happened when Hitler felt his cells were better than those of Jews, slavery happened when white men thought their cells were superior to those of black men, and abortion happens when we think our clump of cells has more rights than that of a child in the womb.

So what of the cells we destroy before they can ever achieve the greatness they were destined to become? Sadly, we will never know.