Well into her third trimester of pregnancy, Christina DePino had had enough. The first-time mommy-to-be took to Facebook in a complaint about terrible itching throughout her pregnancy — a complaint she says may have saved her daughter’s life.

“What had started as an all-over itch started to become more pronounced on the palms of my hands and the soles of my feet,” DePino told TODAY. “It got to the point that I could no longer sleep at night … my arms and legs were bleeding from all the scratching.”

After ranting about the discomfort on Facebook, several of DePino’s friends cautioned that she may have cholestasis — a hormonal condition that affects the mother’s gallbladder and can cause babies to die in utero when left undetected.

[Thirty-five] weeks pregnant, DePino googled “cholestasis of pregnancy,” and after learning that it could cause her baby to be stillborn, she contacted her doctor and moved forward with the diagnostic testing that would diagnose the condition.

She was officially diagnosed with intrahepatic cholestasis of pregnancy and gave birth at 37 weeks after doctors recommended labor be induced to lower the risks of health complications to her daughter.

“As soon as I was holding my beautiful baby girl in my arms, all I could think was, ‘What if?’ ” DePino said. “What if I had not complained on Facebook? What if no one had told me? All I could think was that I had to let other women know. I didn’t want any of them to wonder what had happened to their perfectly healthy baby.”

She made it her mission to inform other mothers about the signs and symptoms of ICP by turning to the place where it all started: Facebook.

In a post that has now been shared over 57,000 times, DePino urges expectant mothers to be their own advocate and contact their doctor if they think they might be suffering from ICP. 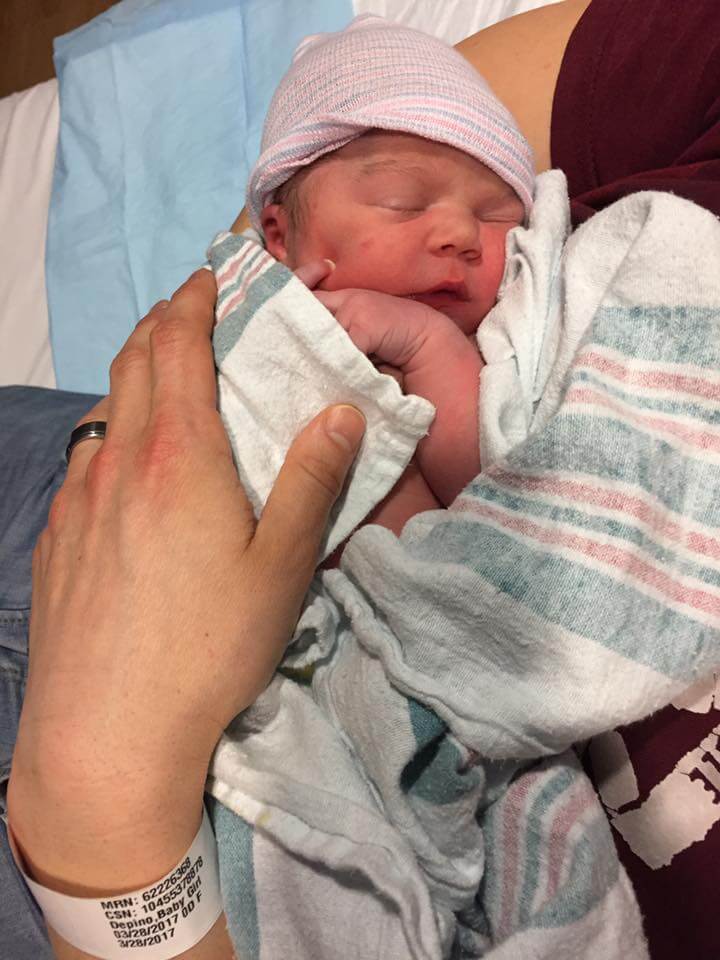 “I would like to urge pregnant women who are suffering from severe itching to be their own advocate,” said DePino. “Know the signs and symptoms and then contact your doctor. Don’t ignore the itch, a simple blood test could save your baby’s life.”

Spiritual
My Date With a Prostitute
July 26, 2021
Relationships
My Wife Left Me Because I Sometimes Leave Dishes by the Sink— And I Don’t Blame Her
July 21, 2021
Parenting
Overwhelmed Mom Gets Honest About the Real Reason Moms Are So Stressed Out
July 16, 2021
Inspirational
To the “Big, Macho Looking Guy” Who Sat Next to My Toddler on the Plane
July 26, 2021
Inspirational
“Racism Is Still VERY Real”: Elderly Man Asks to Hold Baby, Stuns Mom by Shattering the Status Quo
July 23, 2021
Causes
“Every Week, They Wanted Me to Abort. Did They Get a Prize for ‘Selling’ Me On An Abortion?”
July 20, 2021
Browse