So many times when tragedy strikes, we cry out, “Why me, God? Why ME?”

It’s easy to confuse personal hardship, especially death, as a punishment from the Almighty, but if we look just past the pain, we can sometimes see the beautiful picture of redemption being painted in our midst.

Such was the case for Steve Ullmer and Erin Stoffel, a widower and a widow brought together through the most unlikely of circumstances.

Steve shared his story of love and loss with Love What Matters, and now his inspiring story has taken the web by storm.

He began by sharing the chain of events that led him to marry his gorgeous first wife Wendy, and the fateful night that took her away from him:

“Wendy and I met in high school. We did the whole long-distance thing all through college. I’m still not sure how our relationship survived those days. She loved me despite myself. Despite the pain I caused her. She taught me what unconditional love meant. Her selfless nature would come to define her among those whose lives she intersected. She stuck with me while I nearly destroyed my life with alcohol and drugs. But grace invaded my world when I wasn’t expecting it. God got my attention at the age of 22, and I gave my life to Him. Everything changed. I asked Wendy to be my wife two weeks later, and we were married the following year.” 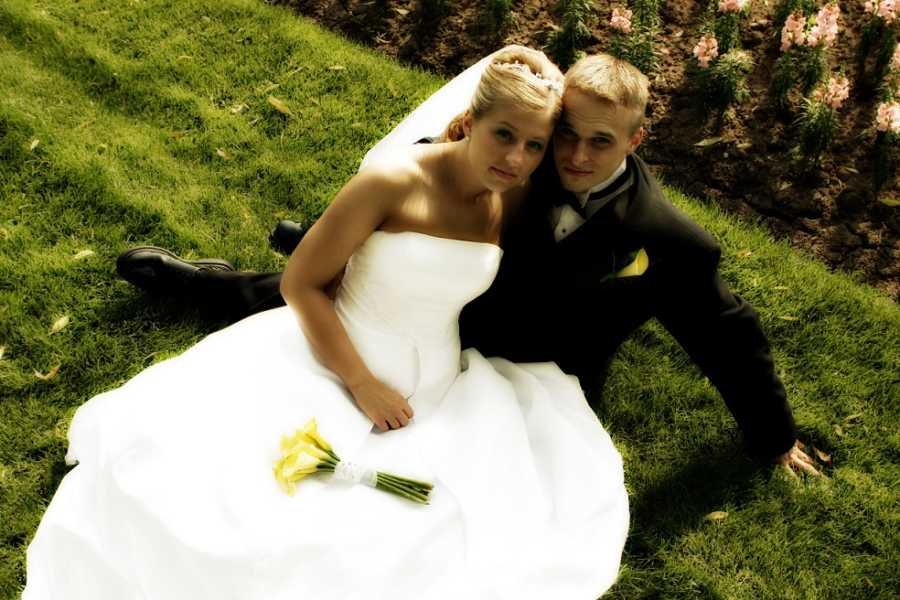 Nearly 13 years had passed, and life was good. The Ullmers had a strong marriage, four beautiful boys, and they had just moved into a new house.

Little did Steve know, the fateful night that he would hear his wife take her last breath was fast approaching.

“I don’t know why I woke up that night,” recalled Steve. “I looked over at her, sleeping, hair spread out across her pillow. Peaceful. Beautiful. My wife.”

“I heard her take a breath,” he continued. “It didn’t sound right, more like a gasp than a breath. I decided to wake her, gently nudging her and whispering her name ‘Wen, wake up. Wen, wake up babe.’”

Soft nudges and whispers turned into turned into screams as Steve pleaded with Wendy to wake up, but she was unresponsive:

“My mind struggled with the reality of it all. I called 9-1-1. No pulse. Her breathing had stopped. I performed CPR until help arrived. Sheriffs, EMTs, a whole team of strangers in my bedroom doing everything they could to save her. Nothing was working. I saw the looks on their faces. I could feel her slipping away, and I was struggling to hold it together. They took her to the hospital where they were somehow able to restart her heart, but only for matter of hours, she never regained consciousness. On the morning of March 17, 2017, her heart gave out for the last time. She was gone.”

Everything in Steve’s life was about to change forever. He still remembers the devastating drive home from the hospital that morning and the crushing reality of losing his wife weighing on his whole mind, body, and soul.

The weeks that followed Wendy’s death blurred together in a “sleepless, nightmarish haze” as the widower struggled to accept reality, but one thing Steve does remember is the immense outpour of love from others:

“So much love directed towards me and my boys, it was overwhelming. Yet there is a loneliness that comes from a loss like this. How many have walked down this road? How many can relate? Three months later, as the dust settled and life seemed to go on around me, the permanency of death was a sobering reality. She wasn’t coming back. So many reached out to me, so many cards, letters, text messages…I lost count.”

“It wasn’t the message itself that got my attention, it was the name attached to it. Erin Stoffel. That name had become known by almost everyone around this area in 2015. It was a name that brought a story so heavy, so dark, it was hard to believe she actually lived it…”

Erin had met her husband Jon in high school and got married when she was just 19. They were known as a couple of strong faith and over the span of 13 years, they created a beautiful family of 5 together. 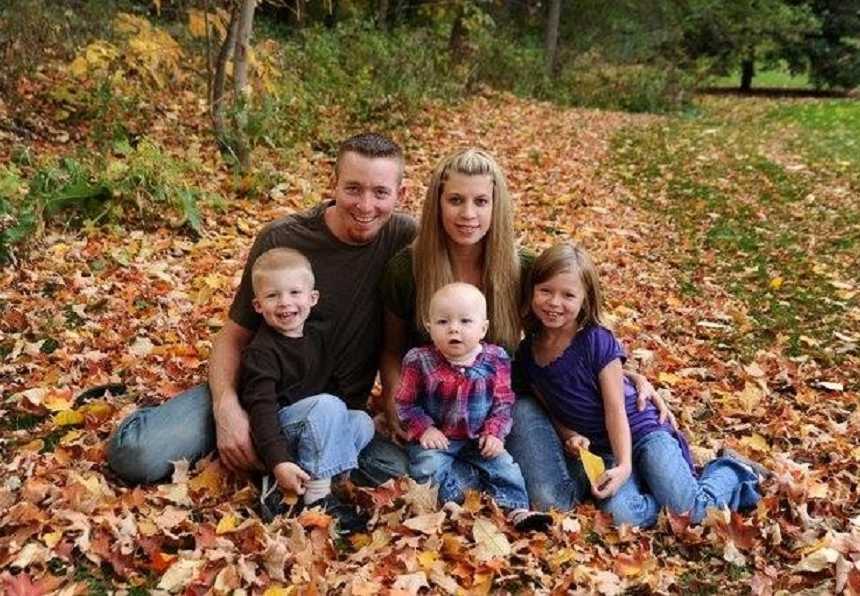 They, too, seemed like the perfect family with the perfect life, until tragedy struck on May 3, 2015:

“Jon, Erin and their three children went for a walk along the newly-constructed Trestle Trail Bridge, a 1600-foot pedestrian bridge located in Menasha, Wisconsin. As they approached the red pavilion at the midpoint of the bridge, there was a man standing next to another man who was slumped over on a bench. Jon approached the man, trying to assess the situation. Death was upon them.”

Sadly, Jon and Olivia did not recover from their fatal wounds, and Erin was left totally devastated.
After Erin woke up from her several surgeries, she scrawled on a piece of paper her husband’s final words to the shooter: “May God forgive you.”

Those words brought hope and healing to the tragedy that wrecked her family, and, like Steve, she was forced to lean on God as her healer.

Steve had even recalled praying for Erin because, at the time, the shooting had made national news.

Two years later, here she was offering encouragement to a man who was walking in her shoes.

“People had been sharing my story with her, and she felt compelled to try and help,” recalled Steve. “I read her text, and I could feel it. Hope. The feeling was immediate, tangible, real. Hope because I knew what Erin had been through, and I knew that we both followed Jesus. If He could carry her through the horror that she had faced, and take her to a place where she was reaching out to help others…I knew I could make it.”

Erin continued to make a point to send Steve scripture verses, songs and texts that encouraged him in his healing journey, on top of praying for him daily.

“She was a light to me in a very dark place, a lifeline as I struggled to hang on. Suddenly, I wasn’t alone. I could relate to her, I felt like I could ask her anything. I asked a lot of questions. So many questions. These were raw, often heavy topics. The connection was effortless, natural, and deep, because of what we had faced.”

A month later, they met for the first time, and not long after, sparks flew between the two who had bonded through their grief and love for Jesus:

“I remember the day she told me, ‘You help me too Steve.’ I began to understand that God was using us to help heal each other.”

Amazingly, the same bond of friendship that grew into love was happening between their children at the same time. 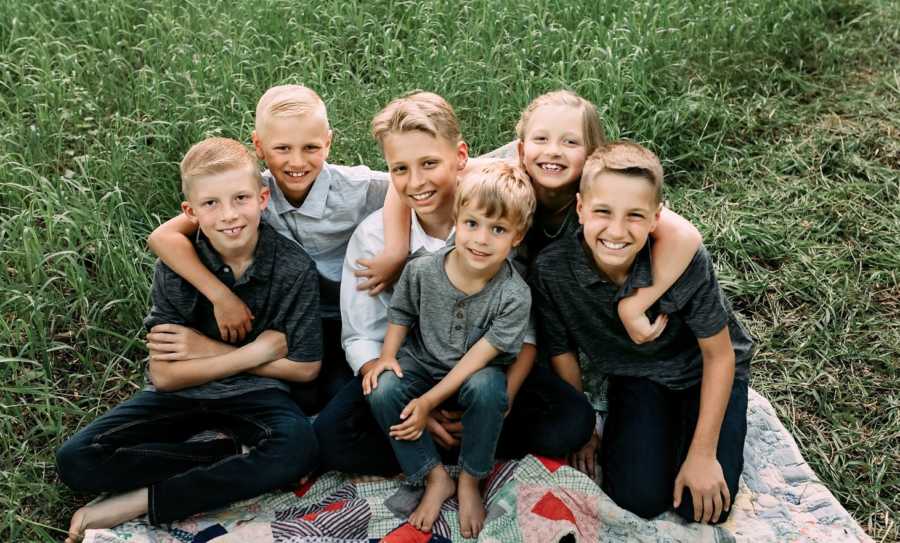 The path ahead became clearer than ever to Steve…

“Erin and I were married on June 28, 2018, one year after she reached out to me with a simple text. Every day we embrace the chaos that comes with a blended family of 8. It’s beautiful, it’s messy, it’s amazing, it’s hard. It’s life. Grief will always be a part of our story, but it doesn’t define us. It can drive you in 1,000 different directions, down 1,000 different roads – most of them toxic. The temptation to give in to bitterness, regret, and isolation is strong because so often, it’s the easier choice. Instead, Erin has taught me how to be open and honest with grief. She taught me to embrace the moments of joy when they come, to embrace the tears when they come, and they do still come. We have chosen to live with gratitude for the loved ones we lost, for the years we were gifted with them, and towards a God who made a way for us to see them again.” 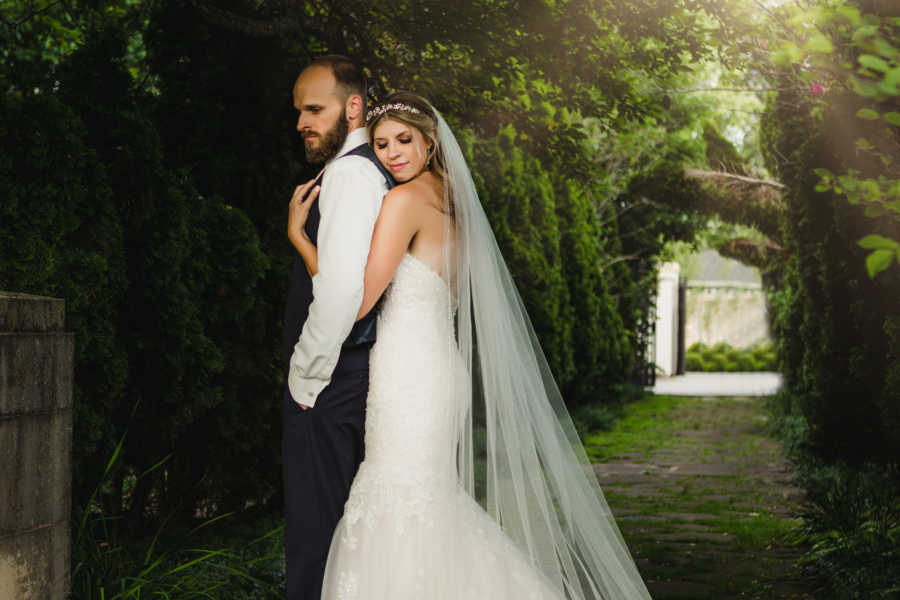 While he’s thankful for the unbreakable bond he shares with Erin, Steve still asserts that it is not their love that healed, but God’s:

“We are not okay because we found each other. We are okay because we know Him. There are things we just won’t understand in this life, but we have to continue to trust that God is good – even when our world is falling apart. If there is no God, then all of this is meaningless, and life is merely a cruel joke for those who are faced with tragedy. But if there is a God, then the pain we’ve endured is not wasted, there is purpose in it. There is hope. There is healing. Nothing can separate us from the love of God. Nothing.”