The Lord has been leading me lately to let go. It started with letting go of things around the house I didn’t need, such as that dollar store trinket I had packed up and carried all around the country for over [20] years. But then it bled into the ways I chose to spend my time. Before I knew it I was letting go of thought patterns and habits I had been trying to throw down for ages but had thus far been unable to get off my sticky fingers. It all started with a decision to make a change, but it’s started to snowball from there.

I found myself living an overwhelmed life, and I think most women can relate to what I mean by that. It’s as if I woke up to a stopwatch, and as I went about my day it quickly ticked away. I ran in futility on a house of sand, and try as I might to get somewhere, I just always ended up slip-sliding away. I put so many things on my priority list, and I even took pride at how many tasks I could complete in one day. I considered myself highly skilled at multitasking, certainly much better than my spouse, and as such found it highly irritating that he never seemed rushed or perturbed like I tended to be. So when he told me to “calm down” I would just become more ruffled in my feathers wondering why he didn’t get it. I never considered the fact that maybe I was the one not getting it.

Not getting what was important in life.

How much of my time and energy did I spend on things that weren’t really important? Not in the grand scheme, anyway. I got frustrated about the [number] of toys I kept having to pick up. Which brought to mind why we had so many toys? It turns out the kids didn’t really care to have that many. They were just as overwhelmed at the mess as me. So together we let most of them go.

A shelf full of things I had no time to dust, and tons of books I would never read again. I let them go. A closet floor full of shoes, drawers full of too many socks, and clothes that never even got worn. I let them go.

Too much debt, too many bills, and far too much consumerism. I’m letting it go!

Too many obligations, activities that were unimportant, and expectations for myself that were unfair. Energies focused on tasks that were sucking the life out of me, and frustrations that none of it seemed to go as perfectly as I planned in my head. I let that go too.

We, women, place a lot upon ourselves, then we in turn place unrealistic expectations on our children and our spouse. We grow frazzled, angry, fatigued, anxious, and even depressed. We never seem to catch up with the eight ball, we take it out on those we love, and then we beat ourselves up about it. Then because we’re gluttons for punishment, we repeat the whole cycle again the next day. I found it all utterly exhausting, and I began to ask myself how much of what I considered must-do really mattered to God’s kingdom. After all, isn’t that what this life is all about? Living it well until we get to the next life.

It turns out none of my stuff was making a mark on God’s kingdom. My relentless running around wasn’t making a mark for eternal purposes, and my attitude most days wasn’t leaving behind the legacy I imagined. So I had to let it go. I had to let go of everything that didn’t matter in the great, grand God-scheme of thinking.

I let go of material things that were overwhelming me. Doing laundry is a lot easier when you realize kids don’t need an overflowing wardrobe of adorable ruffles, monograms, and lace. They don’t care about that stuff. Why did I?

I let go of the false ideas that I had to do everything [perfectly], that I had to get everyone everywhere on time, be the best homeschooling mom on the planet whose children were exceptionally educationally-gifted, and spin a billion plates in the process. I had to realize my kids needed to have fun learning, know that I loved them more than the clock, and understand that showing the light of Jesus to a hurting world was top on our to-do list every day.

As always, I’m still a work in progress, but I’m seeing some interesting side effects of letting go. As I’ve let go of worry over the things I cannot control, I can more clearly see God work in my life. I’ve let go of the wheel.

I’ve let go of my stress, which hasn’t been easy, but dang, it feels good. I’ve let go of rigid schedules, and in the process, I’ve found it easy to control my anger. I’ve let rage against the mommy-machine go, and that one probably feels the best. I’ve let go of unrealistic expectations, and with each scenario that threatens to overwhelm me I first ask myself, does it really matter? Does it?!

I’ve let go of thinking that so much matters more than it does, and instead I’m just enjoying what really does. Gosh, it’s fun! Who said life has to be so miserable? Sure, the Bible says this world will have trouble, but then it also says our Lord has overcome the world. So why do we live in defeat? Why do we struggle for things that He calls finished and fight battles God has already won? Something to think about, right? I’ve decided to just Let. It. Go. To let go of everything that distracts me from the joy He’s placed within me, and to hold on tight to the life He has in mind for us all. 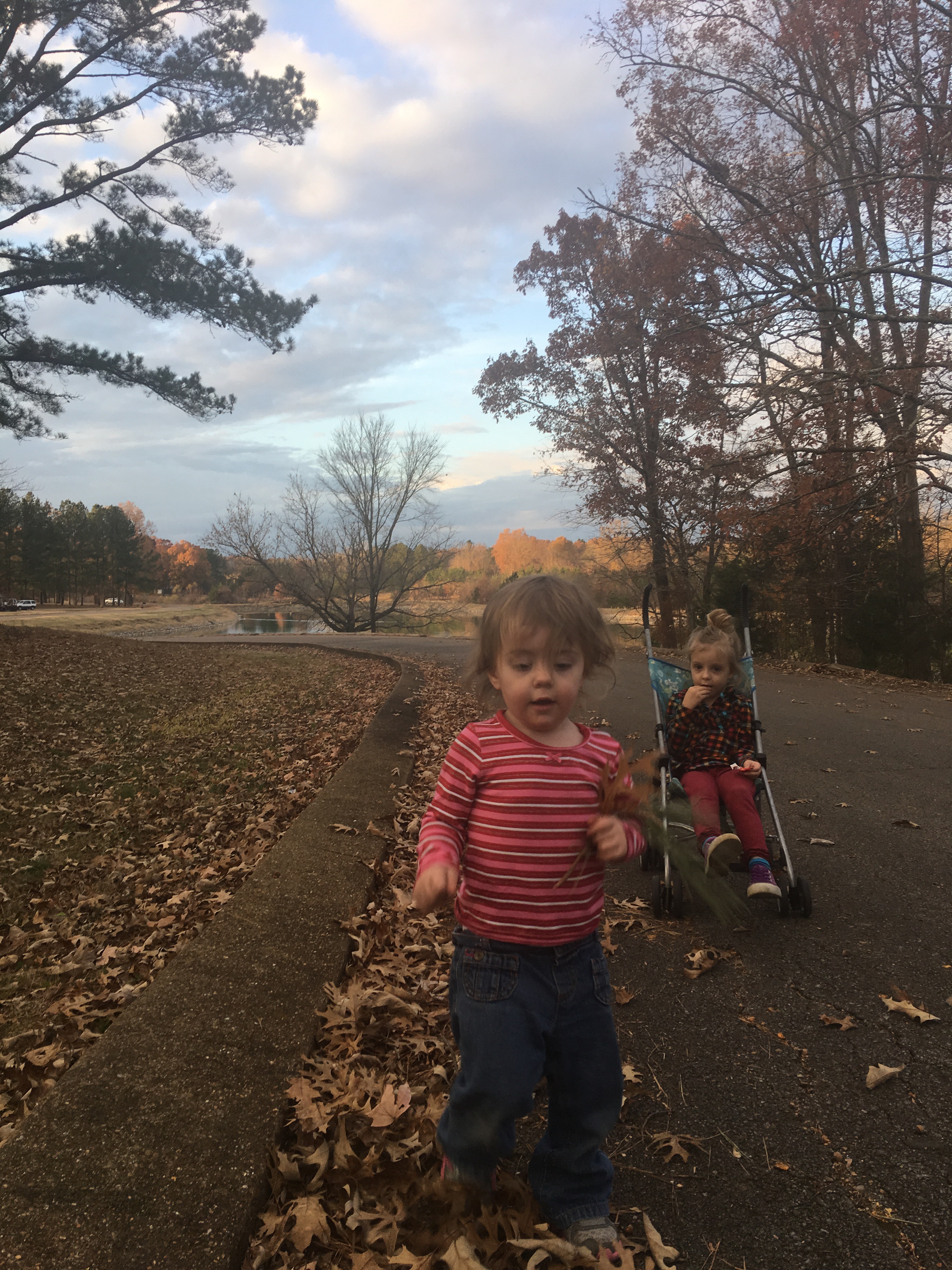