I sat on the edge of my chair waiting to hear the pediatrician’s response. I had almost not mentioned it at all, but worry had caused me to bring it up. Yet as I awaited his reply I felt anxiety bubbling within me. Surely everything was okay.

“I think we can just watch it for now. See how it evolves as she gets older.” He finally replied contemplatively.

The conversation of a concerned mother had occurred on my middle child’s four-year well-visit, and though it had still been a problem a year later at her five-year appointment, I had not brought it up again. I had spent that prior year watching my daughter with caring, guarded eyes, but I had also begun to alter my way of thinking about parenting and life in general. She was going to be fine.

Since around the age of three, my second daughter had started to emerge as a very emotional creature. She cried extravagantly at her sister’s mild tauntings and became almost inconsolable when strongly corrected by me or her dad. I had thought her frequent tendency to cry at just about anything had been bad enough, but around four-and-a-half, she also started with fearfulness. In fact, she was scared of most things. We tried to say she was shy, but it went beyond that. She started exhibiting irrational fear. Fear of doors being locked and getting stuck, fear of us forgetting her at places, and many others. There were so many public meltdowns over crowds and unfamiliar faces, and I tried my very best to comfort her yet not baby her. I mean, parenting is hard. You want to console, but not enable irrational fear. So I did the best I could. Honestly, I prayed for wisdom a lot.

There was also that voice in the back of my head.

Did I do something to make her this way?

Did someone else hurt her?!

Was something wrong with my kid?!!

I’ve written about it before, but the fact remains that we live in a society of diagnoses. It’s a time of abundant information. So if you have a problem you Google it. If your kid has a problem you research the heck out of it. A society that is full of judgment and perfect parenting displayed on pedestals of public forums highlights the absolute best way to raise children. So when the regular, imperfect moms and dads fall short of the instructional article steps or bright and shiny Instagram, play-by-play lifestyles then they’re left feeling as if they lack. It’s only natural to blame the behavioral problems of your child on yourself, but it’s even more so nowadays. It’s far too easy to compare yourself to others, and your child to someone else’s. And comparison always leads to worry. Is little Johnny measuring up? I’m just glad I didn’t have the added stress of a public school platform to add to my anxiety during this time.

Around the time my 5-year-old’s anxiety really began to manifest at an all-time high we started talking about taking on a fulltime family lifestyle. My husband was working 12-hour days five days a week, and even working on his days off. And while I was present with the girls the majority of the time, we felt like they needed to see their Dad more too. We spent the next five months selling and giving away the majority of our possessions, working to sell our home, and performing other tasks to allow us to embark on a traveling lifestyle. This would let us focus more on one another and less on work and the distractions of the fast-paced lifestyle that most of America lived.

Throughout the process, we remained in prayer. A huge concern for me was how this traveling lifestyle might affect my fearful child! Didn’t fear require a more consistent environment? Wouldn’t a new environment without familiar faces and routine make it worse?! I didn’t think so. I just felt so certain about our decision to travel, and the more I prayed about it, laying my concerns before Jesus, the more convinced I became that this decision would be best for everyone.

For two and a half years I watched my fearful, shy, and emotional child react to situations in a way that made me worry about her. I can’t tell you how many times I prayed about it and her. In just two months time I’ve watched her transform. In the past two months since we left our comfortable, familiar surroundings I have witnessed my baby blossom. She has gone from crying five times a day to maybe once every five days. She hasn’t displayed any irrational fears, and it’s almost like her idiosyncratic fright has vanished. Miraculous, really. 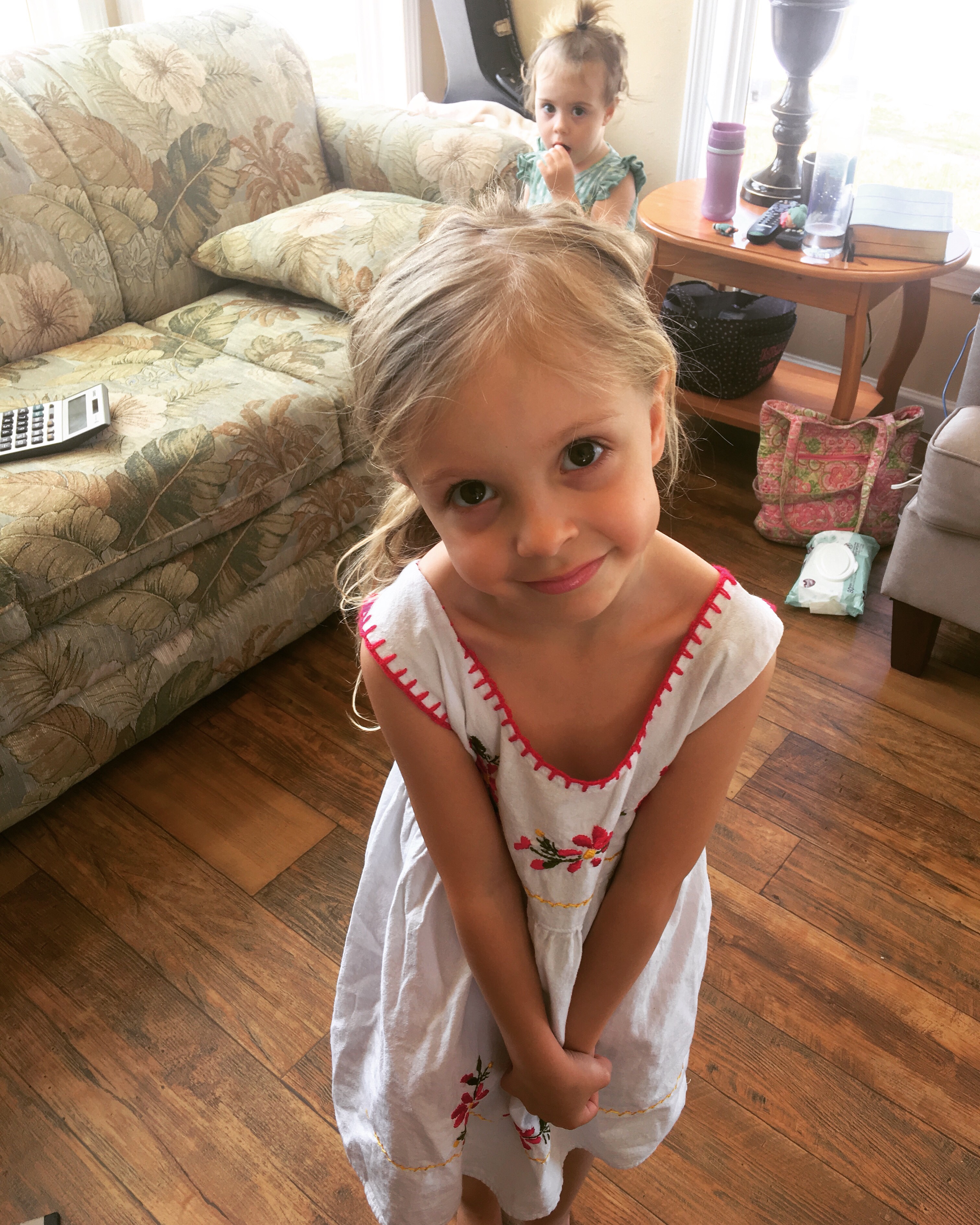 So was it the change in environment? Has confronting the unknown created courage inside her? I don’t really know. Perhaps the increased time around both parents? Maybe that’s some of it. What if she simply outgrew it? That’s possible. I may never know.

What I do know is this. In the midst of de-stressing our lives, I had also made a point to off-load worry. I’ve found that the saying is true. You are what you eat. Or rather you are what you think. If you feel sick you will be. If you’re certain your pain in your joints is bound to happen as you get older then you will feel the ache. If you’re more certain of that sickness than God’s healing, then it will be more difficult for Him to work through your faith. It’s like there’s a pipe straight from Heaven into your spirit. He desires to pour blessing into your life, but fear and worry will block that pipe up quicker than anything. I realized I couldn’t block His flow anymore.

In a world that would tell me a laundry list of conditions, my little girl might have I decided instead not to worry. I decided to trust God. Now I’m not saying not to take your child to the doctor and address concerns. I’m not saying to not seek treatment when it’s warranted. What I am saying is this. We worry too much. We have bred a society of anxiety. We don’t just say kids are kids. We don’t look at the environment and make changes. We come up with a syndrome or diagnosis. We do this because if it has a name we can fix it. Again, this isn’t to say there’s not real problems with real diagnoses and real treatment. I am sure someone will misunderstand me. Please don’t! No, this post is strictly for the worrier. It’s inside of us all. The Worrier is convinced something is or will go wrong. It breeds fear in our heart that hampers the work of the Lord in our lives and the lives of our families.

So maybe my little girl is less fearful because she confronted her fears. Maybe it’s the consistent love we poured out on her even in our frustration. Perhaps it’s the increased time with dual parenting. Or maybe she simply outgrew it. It’s probably all of the above. But I’m also certain it has a lot to do with the fact that I stopped worrying about her and instead released her to the One she belonged to all along.