We drove down the interstate on the way to the beach for a few days of rest and relaxation. My husband sat in the driver’s seat of our large, black pickup truck, and I took up my position as navigator by his side. The posted speed limit of 70 mph was in prevalent view, but as we got closer to Tampa it wasn’t really necessary. Traffic began to slow, and a line of brake lights could be seen in the distance. Other vehicles sped around us as my husband slowed, and they zoomed ahead only to quickly slam on their brakes as they came upon the gridlock.

“I don’t get these people,” my husband mused. “Do they really think they’re getting that much further ahead?!”

It reminded me of something I might have done once upon a time, cursing under my breath at the audacity of traffic-law obeyers, road rage accompanying me to the next red light.

“It’s the way of the world,” I answered. “Everyone is in a hurry. Rushing is a way of life.”

I was glad I didn’t subscribe to that racing magazine any longer, but a feeling of melancholy over not seeing it sooner came on me as I spoke.

“I can remember when I was stuck in the rush,” I told my husband, as I described the way I existed on the daily not that long ago.

I can remember hating car seats. I had three kids in car seats of sorts, and I would get so frustrated with the action of loading, unloading, and reloading them all into my minivan. It took so long! And despite the new van with automatic doors and all the bells and whistles, until it could help me achieve a quicker exodus of the vehicle, it was all for naught. I was always rushing to get them in the van.

I would hurry into Walmart, feeling rushed the entire time, speeding through the aisles on two wheels, acting short with the children. The crazy part was usually the only existing thing on my agenda that evening was putting the groceries away and cooking supper. It wasn’t like I had to report to duty, like I was in the military again. I was on a schedule of my own making. I was my own cruel timekeeper, pushing myself to finish one task so I might complete another.

I would hurry to get the girls out the door. Even on a day of fun, I would rush. To the water park, we would hurry. We weren’t required to get there at a certain time, but rushing had become the norm. I knew no other way to function, sadly. We weren’t required as part of some “Society of Childhood Betterment” to go to the park or the zoo. I made these demands on myself. It made me feel like a better mother to take them places, but I had become so accustomed to hurrying that I even hurried through fun.

“Where are your shoes?!”

I would hurry them to dance class or gymnastics. I don’t even think the 4-year-old cared whether she wore a tutu or pajamas with pink boots. I was the one enrolling them in classes because that’s what I was supposed to do. That’s what everyone else did. We hurried from one thing to another. We rushed to softball praying the whole time that her catcher’s mitt was still in her new pink bag.

Little legs would move quickly. They would stumble. I’d prevent a crash and burn on the pavement by lifting them up off the ground by tiny arms. All the while we’d keep moving to the field.

I was so worn out from all the rushing, from all the scheduled fun, that by the end of the day there was little left of me. The mom who desired to read bedtime stories didn’t want to by bedtime. And then came the guilt. Guilt because I had yelled too much, expected too much of little people, and missed the mark terribly in my opinion. My harsh, self-judging opinion. I wanted to be the best mom, best wife, best writer, and best small business owner I could be. The result was spreading myself too thin, but the thing was, that was the norm. Everyone I knew spread themselves too thin. Women I respected and looked up to were the ones who had trouble saying no. We were all sharing new recipes and searching Pinterest for birthday party ideas. Birthday parties we honestly hated to attend when they were someone else’s, but loved to plan and photograph for our own kids. I mean, you could write an entire blog about going to birthday parties, rushing to buy a gift that they probably didn’t need or wouldn’t play with next week, and struggling like mad to make it to the chosen venue on time.

“Sharon came to ours, so we gotta go to theirs!”

It got to where I was rushing all the time. No amount of planning, lists, or early alarms alleviated the rush. Because even if you got your to-do list done you just felt obligated to pile more on your plate. I was a glutton for punishment. To sit down and do nothing felt unnatural. I sometimes loathed my husband who could come home from work and do nothing. I couldn’t do it! I didn’t know how.

But here’s the thing about rushing. It takes your eyes off life and puts them on a clock. It takes your focus off the important things and places them on a schedule. It forces you to believe that what you can achieve in a given day makes you who you are. Rushing becomes a lifestyle. It becomes the norm. You get stuck in the hamster wheel and call it living, assuming that’s as good as it gets.

Learning to say no

But one day I said enough is enough. I learned to say no. I learned to drop things from my agenda, not keep adding to them. I let go of materialistic possessions that took up too much time to maintain, and I stopped thinking life was a race I had to win, or a test that was being graded. I now work less and love life more. I spend quality time with my family doing things we enjoy, rather than speeding to the next event on our must-do list. I stopped rushing, and it’s the best decision I ever made.

What I found is that in a hurried, harried lifestyle you just assume it’s normal. You say, “I’ve got kids. This is just life!” But I think we make it harder than it was ever intended to be. We over-schedule, overcommit, and teach our children the same. We expect too much from ourselves and our families. In fact, we wear our hectic schedules like a badge of honor, suggesting that going nuts on any given day as a parent is par for the course. The busier the better we are, or so we think. We’re a high-speed internet society that gets crazy when reality makes you use dial-up for life. We assume children should move as fast as Google, our day look as flawless as a Snapchat filter, and the results of our efforts resemble the best Instagram story ever. We rush. We know no other way. But there is another way.

It starts with letting go of preconceived notions of what life should look like, letting go of unrealistic expectations for ourselves, and letting go of our desire to please others and impress man. At the end of the day God’s opinion is all that matters, loving your family is more important than anything on your agenda, and there’s no time limit on enjoying life and living it abundantly. To live life abundantly means to value it and stop rushing through it. The saying “stop and smell the roses” has been around a long time, but it’s needed more today than ever. 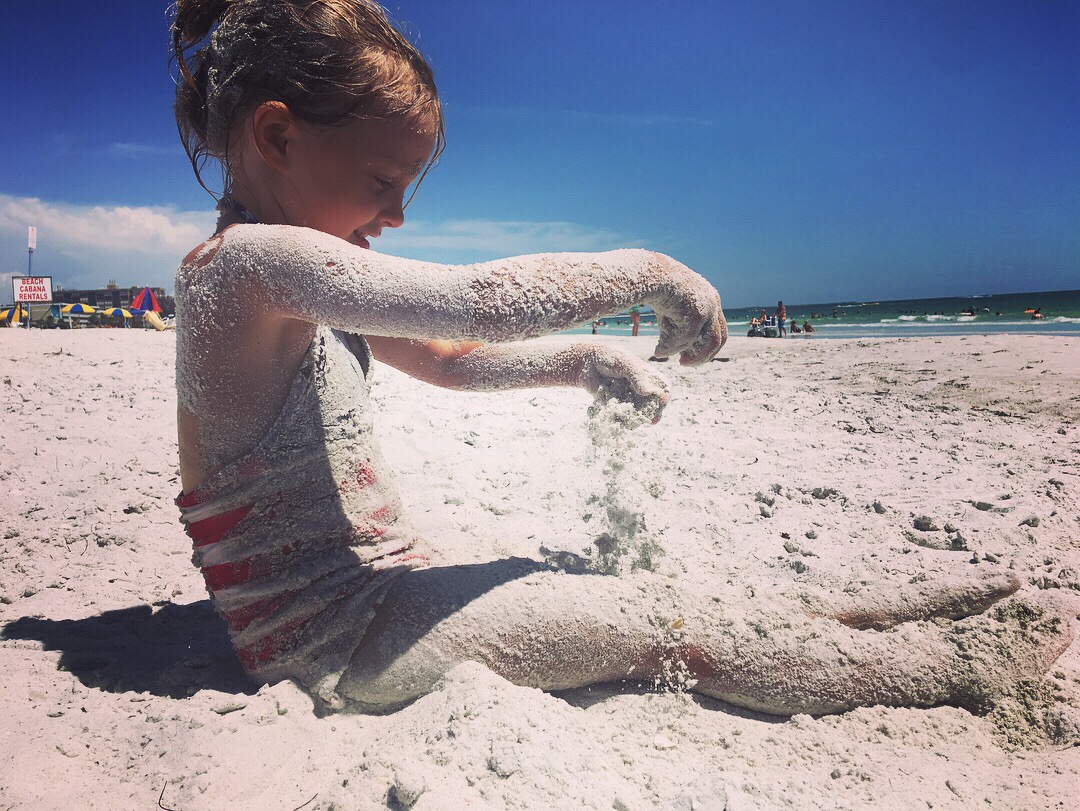 Children are born with a desire to enjoy life, with a zeal for the average mundane, and a joy for simple moments. I watch my young daughters find joy in everything!

But we as parents beat that out of them. Not with a hand or belt, but with our words of “hurry up!”

We suck the joy right out of their lives and our own. When did we stop enjoying the world around us and start thinking we are what makes it go round? There’s so much more to life than just existing. You can enjoy it too. Like, really enjoy. More than five-minute bursts here and there. We have to stop rushing. We have to stop making it an All-American Lifestyle. It’s a hard habit to break, but once you do you’ll never look back, unless it’s to stop and smell the roses.

Brie Gowenhttp://briegowen.com/
Brie Gowen is a 30-something (sliding ever closer to 40-something) wife and mother. When she’s not loving on her hubby, chasing after the toddler or playing princess with her four-year-old, she enjoys cooking, reading and writing down her thoughts to share with others. Brie is also a huge lover of Jesus. She finds immense joy in the peace a relationship with her Savior provides, and she might just tell you about it sometime. She’d love for you to check out her blog at BrieGowen.com.