I’m the type of person who answers the phone when you call even if I’m busy. I’m the one that will text you back. If I make a commitment I am strongly compelled to follow through, and if I start something it’s not easy for me to quit. I have quitter’s guilt. I have trouble saying no, feel pressure to volunteer, and I absolutely can not stand being late. Turns out that doesn’t bode well with having kids. So there’s that.

I have a tendency to get uptight, I like to scrub baseboards rather than look at the awful dust that collects there, and if someone invites me somewhere I feel like I have to attend. I just do. When I fell in love with my soon-to-be husband I realized our opinions differed on things like social gatherings and a tidily made bed, but they didn’t seem like big deals. Until we got married, that is. Nothing highlights the differences in a man and woman more than living together day in and day out. I came to realize that I had married a majorly relaxed dude who didn’t sweat the small stuff, refused to be rushed, and couldn’t care less what people thought of him. It’s like he was a hippie Ghandi or something, and that took some getting used to for a list-making, worry-wart like myself. 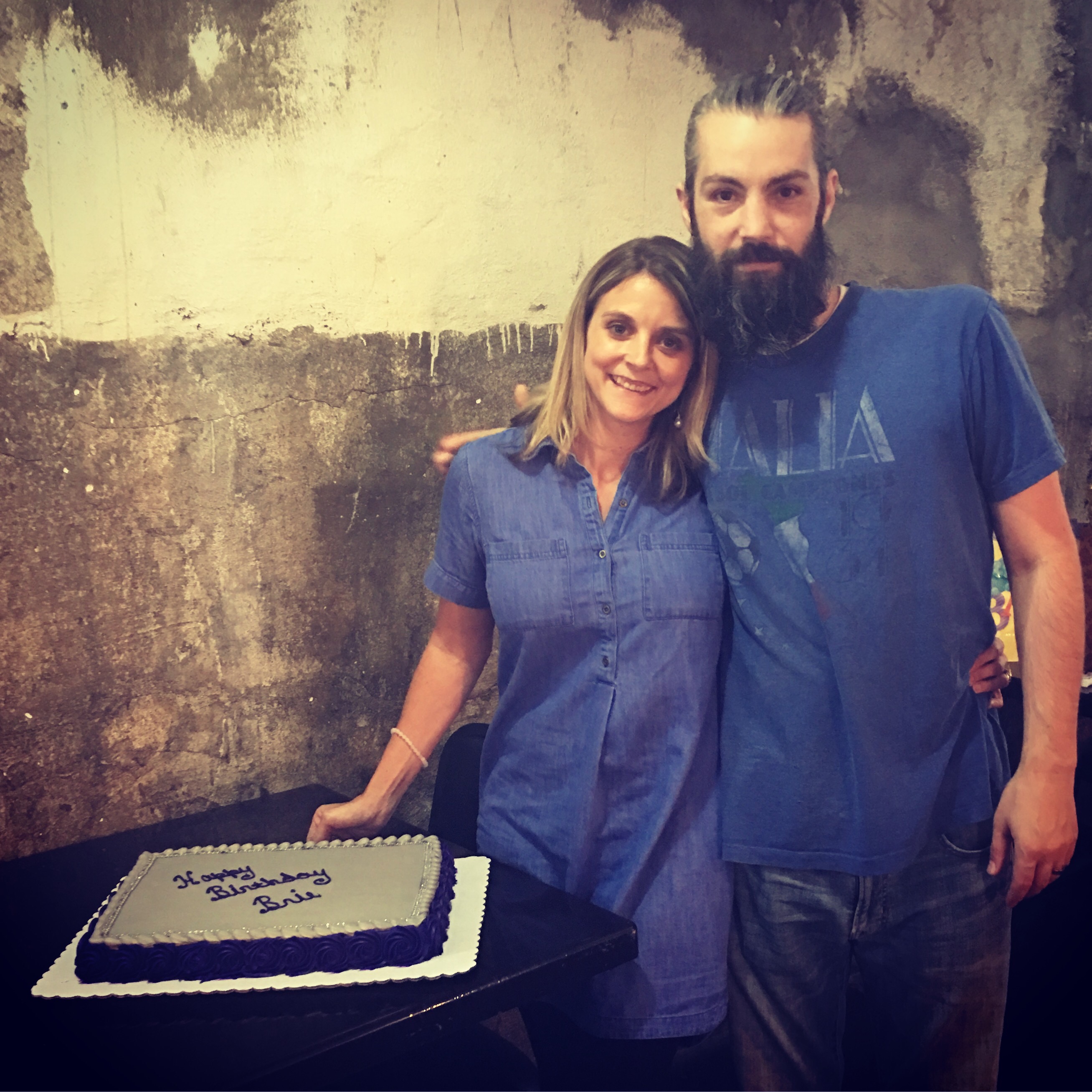 Shortly after having children I discovered a particular characteristic my husband held. He enjoyed coffee first, which I could totally get along with, but he also took immense pleasure in soaking up the time he spent holding the warm mug in his hand. On Sunday morning he would wake slowly and then even more slowly go about his morning routine. Have you ever seen a video of a sloth moving? Uncanny.

Being a rush-about, hurried woman I would spend my Sunday mornings scurrying around, getting children ready, and then with little time to spare I would find him standing in the living room still in his pajamas. Holding his coffee mug, staring into space, and zero church clothes on his body. My blood would literally boil.

Initially I thought getting us all up earlier would get us there on time!

Nope. With five minutes to spare I would still find him in his boxers, holding his socks like they were a foreign object that required written instructions for use.

I love my husband more than the air I breathe, but I couldn’t understand why he couldn’t kick it into gear like me. I could get multiple children ready, plus myself, and still he would be in ultra slow-mo. I thought I might slit his throat the morning he told me, “I need to get in the shower,” when we only had fifteen minutes till go time. We both knew he got lost in the shower. It was like his wardrobe to Narnia. He could stand at the mirror with tweezers for thirty minutes just waiting to get in, nevermind once he finally got in the water.

I tried the huffing and sighing loudly.

I tried asking him to speed it up, or pointing out the obvious hour on the clock.

Mistake. I discovered the more I rushed him the slower he actually moved.

Initially I huffed, puffed, fussed, and got incredibly angry. Guess what? My bad mood didn’t prevent us from being late; it just made the drive there horrible. What was the point of going to church with my family if I was angry and in a bad mood?

This Sunday I walked into church with my oldest daughter, and as my father-in-law inquired about the missing half of our family I explained they were coming behind us in the other vehicle. He laughed, knowing his son well, and I smiled because it didn’t bother me at all. Many years ago I discovered I controlled how I reacted to things I could not change, it was my choice what my mood would be on Sunday mornings, and I had the choice to decide what was truly important, and what was not.

I could be angry on Sunday mornings and ruin a day of worship and rest by yelling at my kids about missing shoes, or I could roll with it. I could become frustrated and aggravated at my husband’s level of chill about getting out the door, or I could understand this was just his personality. He probably feels the same way about my tendency to fly off the handle at minuscule inconveniences. I had to realize my husband’s propensity to “dilly-dally” in the morning was just part of his particular personality. It shared space with his inclination to do more than his fair share of childcare, compliment his wife a hundred times a day, and work tirelessly to provide for his family. It was a fair trade.

Sometimes it’s easy to focus on the seemingly negative traits your spouse holds, and in doing so you’ll neglect the positive ones. You’ll also be blind to the areas you need to work on. A lot of the getting along swimmingly part of marriage entails letting go of perfection, compromising when it comes to minute details, and not focusing on the stuff that’s really not that big of a deal in the long run. Marriage can be tough enough as it is, and highlighting where your spouse differs from yourself can only make it more difficult. But marriage can be abundantly sweet when you’re able to focus on all the many positive differences your spouse brings to the table that compliment the relationship and challenge you to be a better person.