This is for all the people out there who don’t feel deserving of God’s saving grace. Or feel guilt. Or just feel less.

I look back on my past with disdain and regret. You’ll hear a million people tell you that God can use your mistakes, and I know that’s true. But it doesn’t change the fact that sometimes when I think of the things I have done, I want to cry. I want to weep because He saved me anyway, but also because I now love Jesus so much that I am ashamed for the things I did once upon a time. They say God forgives and forgets. I wish it were always that easy for me.

If one incident of my past stuck out from the rest I think it would be a fall evening in the library at my local community college. The memory of this event is certainly not the worst thing I ever did. Far from it! I have stories that would make a sailor blush. Heck, I was the sailor. But no, I think this story sticks with me because it began my downward spiral. It sufficiently showcases my particular battle to make myself feel worthy and special. This was a Brie before Jesus. And it causes me to hold my head low at the thought of it.

In junior college, I had a great roommate. We had chosen to room together, and more than a roommate, she was my best friend at the time. She always let me borrow her clothes. So even though I wore them to clubs and brought them back reeking of cigarettes, something that didn’t bode well for her asthma, she never complained. She had more economic resources than I did (aka, her parents had more money), and she was quick to buy my toiletries or pay for my meals. I didn’t have to ask, she just did it. She was a good friend.

One evening she wasn’t feeling well and stayed back in our room with the lights dimmed, so I headed to the library to get a paper finished. While there, I ran into her boyfriend. They were originally supposed to study together, but she had canceled because of her migraine. As we stood talking in the aisle, I caught the whiff of cigarettes and alcohol on his breath, something my roommate abstained from, but a smell I knew rather well. I’m not sure what came over me at that moment but realizing he was under the influence, I made my move.

I slid closer to him, and I began to flirt seductively. I made some sexually suggestive remarks, and with my body language nailed home the offer.

My roommate was beautiful. She had an ample bosom where mine was flat, a gorgeous face where I felt mine was plain, and long, luxurious hair where mine was short. An epic 90210 style gone wrong. What she had not done was sleep with him yet, and that’s where I knew I had the upper hand. I could be better at something than her. I could feel pretty. I could feel wanted. Even if just for the night. I think at the time I tried to tell myself I was doing it for her, to see if he would cheat. But I think deep down it was also to see if I could tempt him. 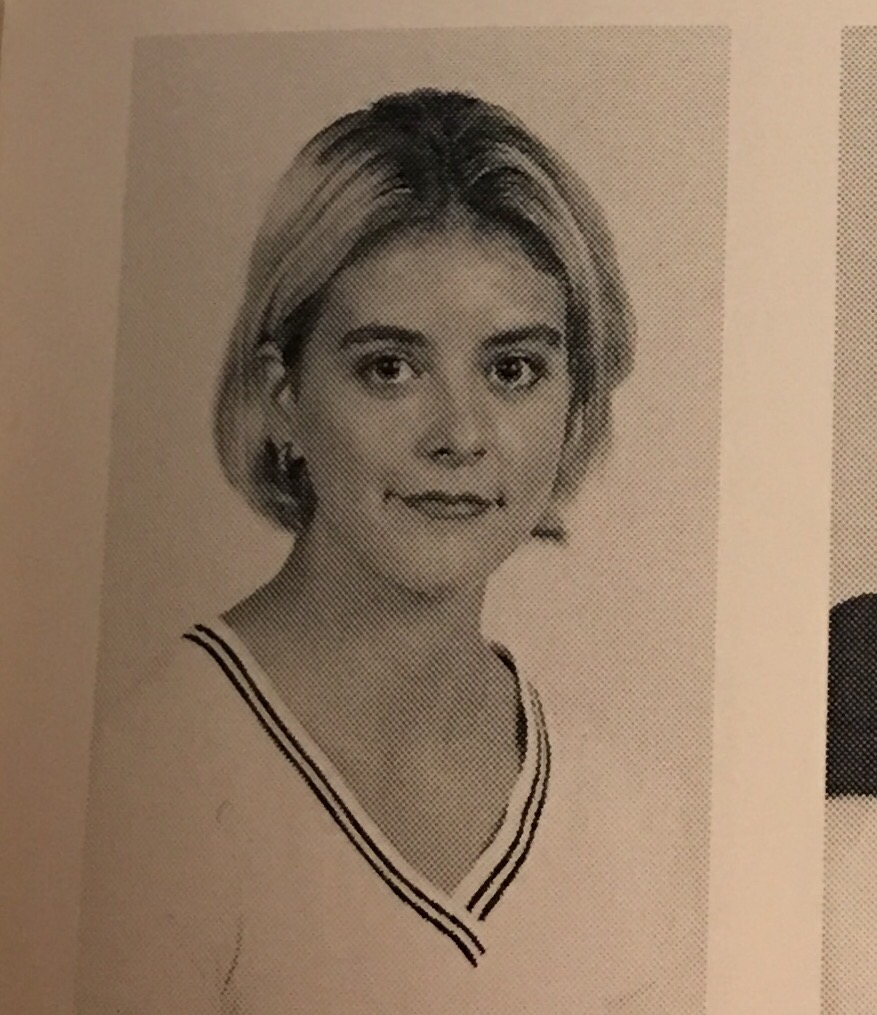 He ended up denying my advances. Ouch. I don’t know if he ever told her, but I left the dorms shortly after and we drifted our separate ways. The next decade of my life would follow a self-destructive pattern of me trying to be the better girl, but always falling short. It would be an empty decade filled with one mistake made after the other, and a ton of awful decisions not even worth mentioning. None of the things I chose to do ever made me feel better about myself, but they did leave me with a deep hole in my life that I felt unable to climb out of on my own. I got to a place of rock bottom, and that’s where Jesus found me.

He showed me I was worth more than what mere man thought of me. I was worth more than all the rejection life had heaped upon me, much of it of my own making. He pulled me out of my pit of despair, and then He began showing me that none of the life I lived before reaching out for His hand mattered. None of it.

I would say that I was the girl who tried to sleep with her roommate’s boyfriend.

I would say that I was the woman who treated relationships like a revolving door.

Jesus would say, you are precious in my sight.

I would say that I was the lady who drowned herself daily in too much booze.

Jesus would say, you are now clean as snow.

I would say that I was the person who lied, cheated, and stole.

Jesus would say, none of that matters now. I took your sin on myself, and I paid the price to erase it from your life. You’re free of sin, you’re valuable to my kingdom, and you’re worthy of my sacrifice. If I had to die on the cross for you again, I would do it in a heartbeat.

Redemption isn’t a thing that’s given and then taken away. Forgiveness is a gift, and once we ask, we only have to receive it. Then it is ours, no matter what we did. His death paid the cost, and even though He knew I would do the horrible things I did, He died for me anyway. I had to realize that once I accepted His gift of forgiveness I was no longer bound by the chains of my sin, I was only bound by my inability to fully accept His redemptive power.

So do I ever still look back on my past with regret? Honestly? Yes. But I don’t stay there. I know that I’m not stuck there. I know that my past is not who I am. I have been made new. I am a new creation. And that is all that matters.

*If by chance my old roomie sees this, I’m sorry, my friend. I was trying to fill a void, and it happened to hurt more people than just myself. Please forgive me.