It’s very easy to forget that nearly everybody we encounter is warring against a battle that may not be visible to the naked eye.

Thus, people readily make snap judgments about others based on stereotypes and preconceived notions rather than taking the time to learn that person’s story.

That couldn’t be more true in the department of parenting.

Rather than building each other up and becoming a close-knit village that raises our children, we’ve largely become a culture of individualistic snobs who believe our own ways are “higher.”

Parent shaming is an epidemic flooding our country, and one father that has felt the burn of its sting very personally is out to encourage others to stop judging one another. 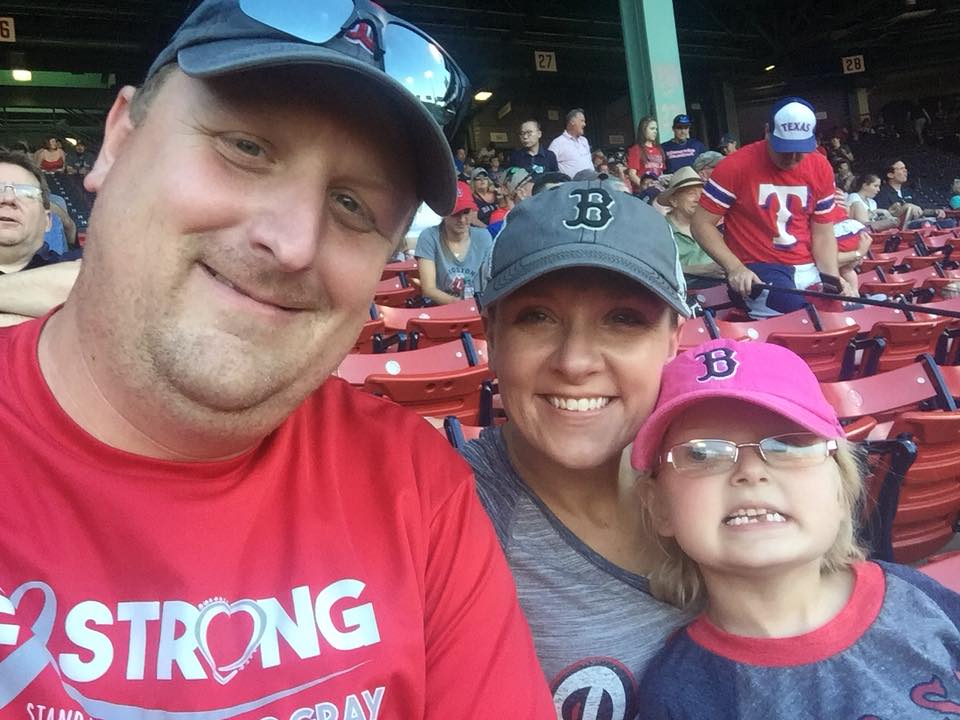 Brent Gehring has a 6-year-old daughter, Emma, who is battling a brain tumor and going through her [seventh] round of chemo. Unfortunately, because of Emma’s condition and the toll that chemo has taken on her body, she is no longer able to walk without the use of her walker. 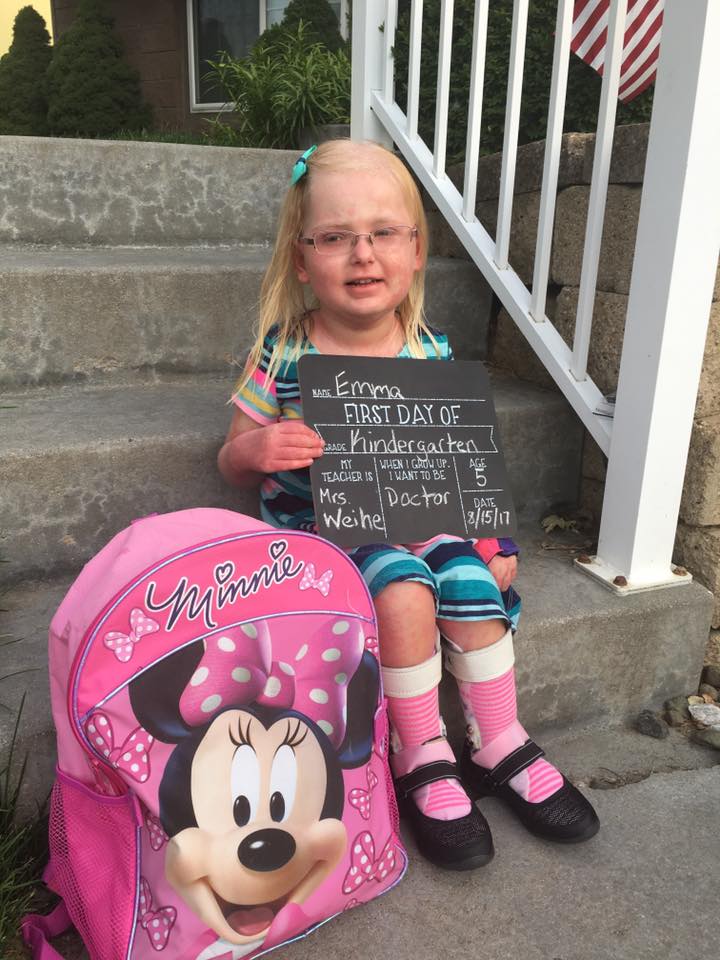 With that being the case, it’s not uncommon for Brent to carry his daughter, especially when they’re out in public.

But one particular evening after leaving a family dinner, Brent was harshly called out by a stranger who couldn’t BELIEVE that what appeared to be a capable 6-year-old wasn’t walking on her own.

With his blood boiling over the man’s cruelty and disrespect toward his daughter, the angry father admittedly had a tough choice to make. He could scream back at this man and tear him down, or he could use this a teachable moment to enlighten him about Emma’s situation. 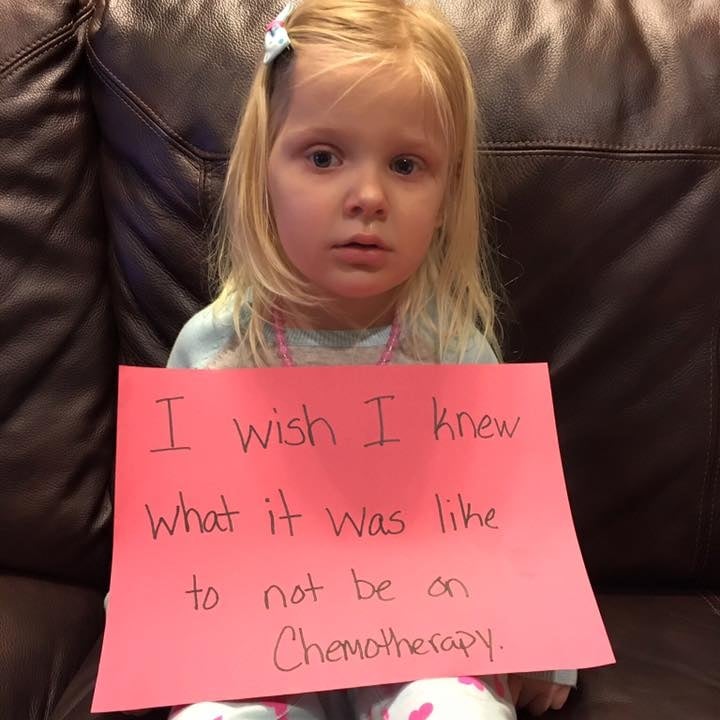 In great restraint and courage, he chose the latter.

What resulted was a teary-eyed encounter between two grown men that is teaching the whole world a thing or two about judgment.

“We are all guilty of it. We are scrolling through Facebook and see 12 kids trapped in a cave, a family that was in an accident and lost a loved one, a family member is diagnosed with cancer.

You stop and read the story. You feel bad and wonder what it would be like to be that family. Then you scroll on and read the latest meme or watch a funny video and you forget about that family that is lost and doesn’t know how to move on.

This post doesn’t come looking for pity for Emma or my family. What I am asking is for a change in today’s world … a change in the way we think. The world is what we as people make it. We have the power to make days better or worse for others. I choose to attempt to make lives better.

Today, I am going to do this by telling you a story. A story that I have only shared with my wife and my daughter Emma, who was with me. The same daughter that was told earlier today that she will soon start her 7th, yes 7th round of chemotherapy for a brain tumor. She is only 6 by the way. 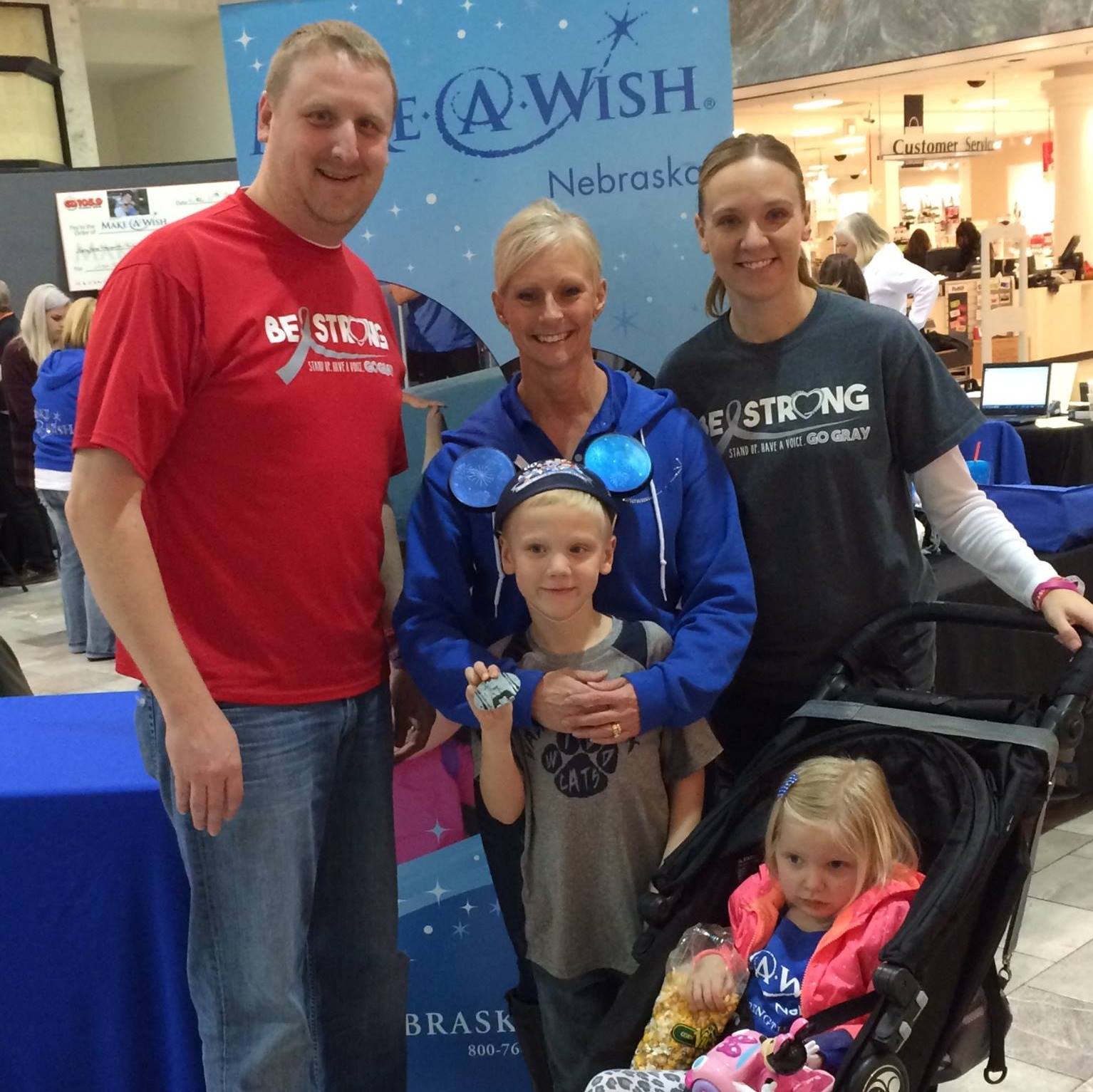 My daughter and I were leaving dinner the other night at Union Oyster House in Boston, MA. A dinner donated to us by an amazing business and friend that has been in our ‘family’ for years. When I crossed the street carrying her, she can’t walk without the use of her walker. A man yelled at me from 30’ away: ‘What the F*+k?’ he yelled. ‘Make her walk. That’s what is wrong with kids today’

I had a choice to make at that time. Can I make myself feel better by screaming at him or can I teach him something about life? I won’t lie to you and tell you that it was an easy choice but I got inches from his face, with my daughter in my arms, and quietly asked him if he was referring to my daughter. ‘Hell yes’ he said.

I responded with ‘My daughter has been carrying my faith and my strength for the past 5 years since she was diagnosed with a brain tumor. She can’t walk but I am happy to carry her because of all the amazing things she has taught me through the years. So I would advise you not address my daughter in any way other than respectful.’ 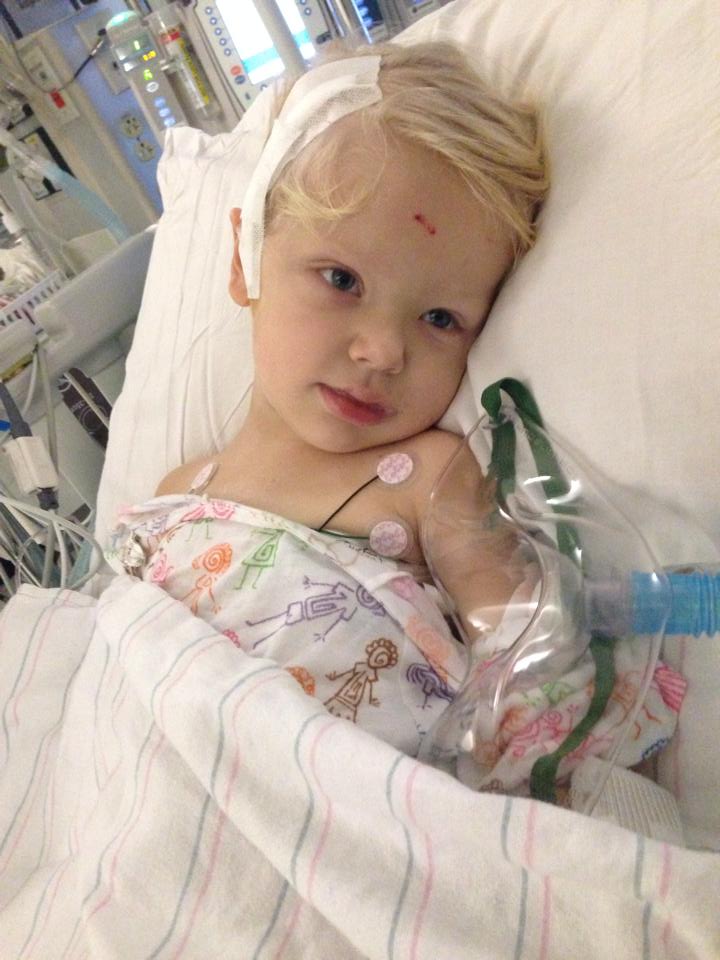 I won’t tell you the rest of the story but it ended with two grown men with tears rolling down their faces. One that needed to have his eyes opened to what real life and real love is and one that is always needing a reminder that good can come from any situation.

This story is only important if it serves as a reminder that you don’t always know the whole story so don’t judge others.

You have the power to make people’s days better or worse. What did you do today?? What will you do tomorrow??

I promise you this through hell and high water Emma has made each and every day of my life a blessing. I praise God for bringing her into my life. Emma you are perfect just as you are and we will help carry you through chemo #7. #EmmaStrong” 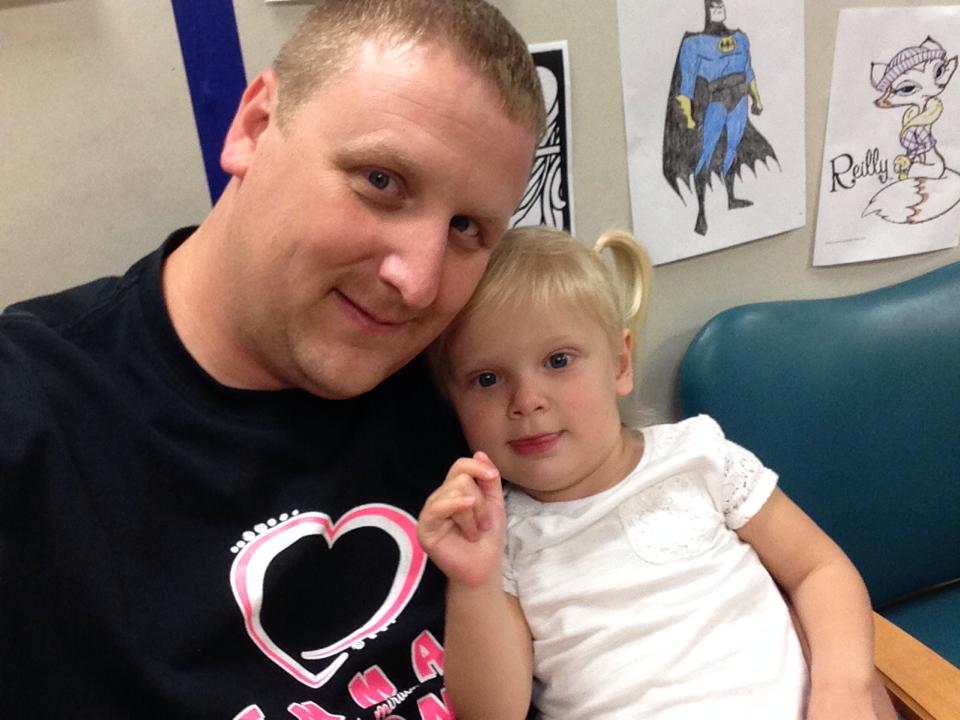 If Brent and Emma’s story inspired you to be more compassionate toward strangers today, please help us spread the love by sharing it with your friends on Facebook!