Seasoned Middle School teacher Karen Lowe has had her fair share of introductions over the last two decades of molding young minds.

To kick off the school year, she tried a new tactic called “The Baggage Activity” to get kids to open up and share with their new classmates. When she first decided to try the activity, Karen had no idea the incredible doors it would open for understanding and respect in her classroom.

On August 22nd, Karen asked her students what it meant to have baggage.

“They mostly said it was hurtful stuff you carry around on your shoulders,” Karen wrote on Facebook.

This starts my 22nd year of teaching middle school. Yesterday was quite possibly one of the most impactful days I have…

To do the activity, she had each of them write down something they were carrying.

“I asked them to write down on a piece of paper what was bothering them, what was heavy on their heart, what was hurting them, etc.”

No names were to be on the paper, and when they finished writing their baggage, they wadded up the paper and threw it across the room.

One by one, each student picked up a piece of paper and took turns reading out loud what their classmate wrote.

The baggage these students are carrying is HEAVY. 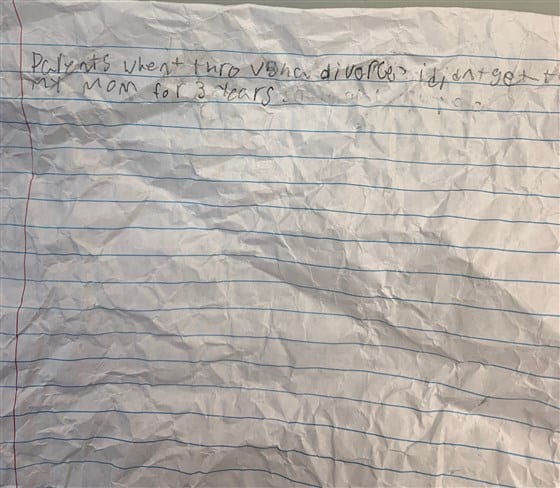 “Things like suicide, parents in prison, drugs in their family, being left by their parents, death, cancer…and on and on.”

Karen says in her 22 years of teaching middle school kids, she’s never been so moved to tears, listening to her students open up and share their burdens with the class.

“The kids who read the papers would cry because what they were reading was tough. The person who shared (if they chose to tell us it was them) would cry sometimes too.” 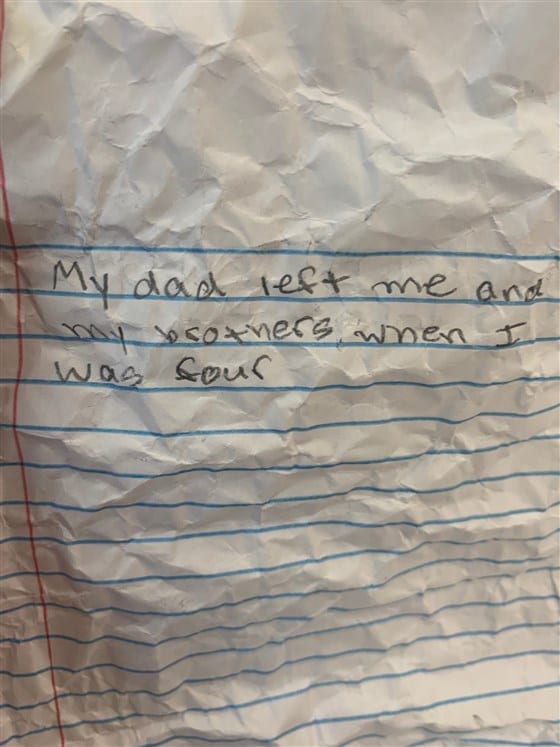 “It was an emotionally draining day, but I firmly believe my kids will judge a little less, love a little more, and forgive a little faster.”

She didn’t know it at the time, but doing the baggage activity would radically change the way Karen and her students LIVE this school year. That small little activity changed lives in her classroom and beyond—and that was just the sixth day of school.

“This bag hangs by my door to remind them that we all have baggage. We will leave it at the door,” she wrote. “As they left, I told them they are not alone, they are loved, and we have each other’s back.” 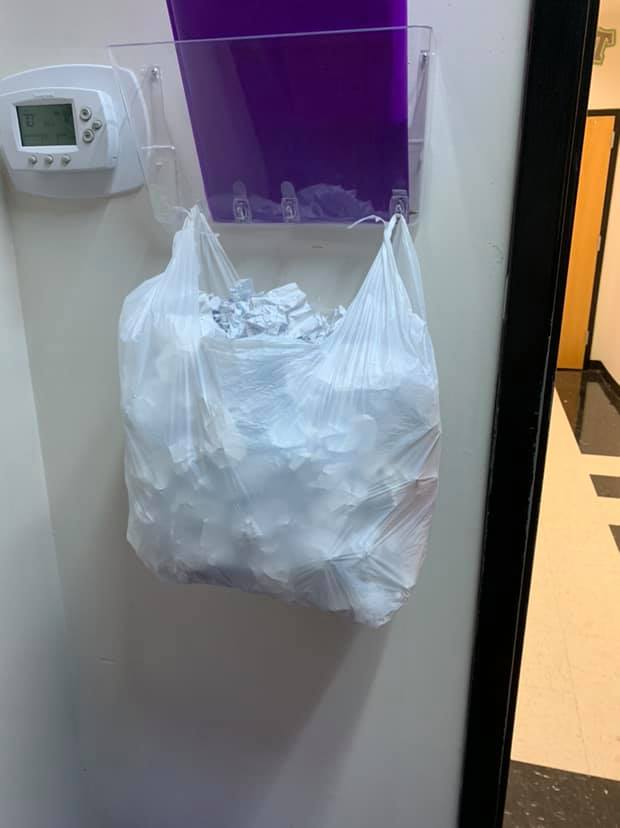 Karen told TODAY that the activity was not a one-and-done thing. She spent the first few days laying the groundwork with her students, establishing that the classroom would be a “respectful place where ideas were valued, students would speak individually, and kindness would be key.”

Since the initial activity, her students have written classroom contracts, had discussions about how what happened in the room, stays in the room. She’s also had them do several more trust-building exercises. The students have had (and will continue to have) opportunities to share their “baggage,” and give feedback throughout the year.

“I’ve had so many kids come in that are just thankful, I think, that somebody’s listening,” Karen said. “I think they’re liking it.”

Read Next On FaithIt
Dear Parents, Here's Why Teachers Are Really Leaving Their Jobs in Droves

Spiritual
Why God Took So Long to Give Me a Baby
December 17, 2019
Parenting
10 Things That Changed Me After the Death of a Parent
January 10, 2020
Inspirational
To the White Parents of my Black Son’s Friends
January 20, 2020
Humor
“We Are All Emily”: Single Daughter Hilariously Owns Her Family’s Christmas Card
December 27, 2019
Inspirational
“He Helplessly Watched His Wife Vomit Profusely for 285+ Days”: Husband Cries After Seeing Wife Smile for the First Time in 10 Months
January 17, 2020
Inspirational
25 Captivating Images That Bring You to the Doorsteps of the World’s Poorest Children
December 19, 2019
Browse