Jesse and Nick Faris waited one long year for a call they weren’t sure would ever come.

Their 2-year-old daughter, Brooklyn, whom they adopted from China a year ago, was finally #1 on the liver transplant list at the Ann & Robert H. Lurie Children’s Hospital in Chicago. Brooklyn has Alagille syndrome, a genetic disorder that stops the liver from cleaning waste out of the bloodstream, and she desperately needed this transplant to survive. 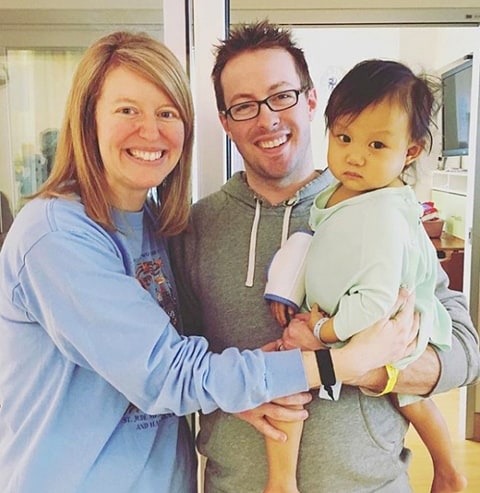 But within moments, the Faris’ excitement turned into sheer terror. They quickly discovered that every single flight to Chicago had been canceled because of a blizzard, and they had no way to get their daughter to the hospital for her 10 a.m. operation the next morning.

They thought about using other means of transportation, but time was critical, and the trip was well over 500 miles from their location in Memphis to Chicago.

“We considered driving or taking a train, but we were worried we wouldn’t get there on time,” they told Us Weekly. “It would have been $10,000 to charter a plane, and we couldn’t handle that financially.”

That’s when a family friend of theirs, John Carrol, decided to contact St. Jude’s Children’s Hospital to see if there was anything they could do to help.

St. Jude’s immediately called FedEx and made them aware of the dire life-or-death situation.

And sure enough, America’s most trusted delivery company came to save the day! FedEx wasted no time at all and asked if the Faris family could meet them at the airport in a half hour.

“They called and said if we could get to the airport in 30 minutes, they could fly us free on one of their corporate jets,” said Jesse. “We rushed over and met two extremely nice pilots. They showed genuine concern for our comfort and for Brooklyn.”

They got to the Chicago hospital by 9 p.m. that night with plenty of time to spare for the toddler’s scheduled surgery the next morning.

Only 11 days after the life-saving operation, Jesse and Nick were ecstatic to learn that their baby girl was healthy enough to be discharged. It was absolutely a dream come true!!!

Brooklyn will remain in Chicago for the next month so that doctors can keep a close eye on her progress, but the hopes are high for a full recovery. 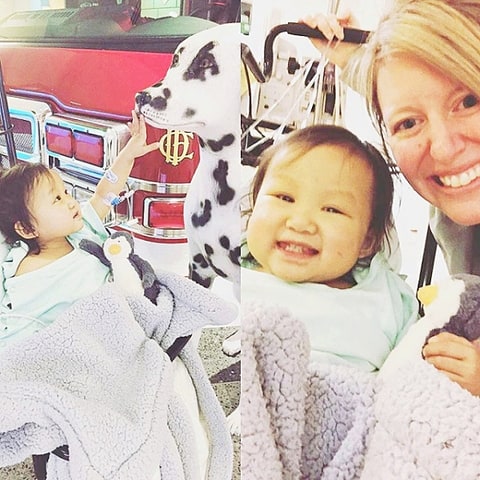 “Brooklyn is getting stronger every day,” said Jesse. “We are still wrapping our minds around what the future holds—with this gift of new life given to her, there are so many possibilities that lie ahead for Brooklyn!”

AND Nick and Jesse got to celebrate more great news right after Brooklyn’s remarkable transplant. Their daughter Rhet, whom they adopted from Ethiopia, just turned 6 years old!

After an incredibly tough year, we’re so happy to see these brave adoptive parents and their little ones blessed abundantly!