My name is Liz Galt, I was diagnosed with autism when I was two years old. I didn’t talk until I was six years old and I wasn’t potty trained till I was eight years old. Not being able to talk was like being trapped in a duct tape maze. Each step in life was like having to pass levels in a video game just to find my voice, but eventually I did!

I was born with craniosynostosis when I was a baby and I had major reconstructive skull surgery performed; I didn’t have soft spots on my skull. They were closed, so they had to create soft spots for my head by cutting it open. I now have metal plates and screws all in my head. I have also had major kidney surgeries when I was a baby in addition to having to adjust my eye sockets. I was in the hospital for 3 months when I was born.

After all of this, my family then discovered I had autism. They picked up on the fact that I didn’t do normal stuff like the other kids my age did. I didn’t interact and socialize with my peers. I didn’t play with toys like the other kids my age did. I liked climbing on the counters and then lining up my toys and lining up hairspray bottles. I also was rocking back and forth and not making eye contact at all. Since then, I’ve had 10 different types of therapies to help with my autism.

Growing up with autism was full of challenges. I was in all Special Education Classes and I didn’t learn in the same way other kids did. Even though things were difficult for me, I was still learning. I was able to get my permit and get my driver’s license. I work really hard at being independent.

Some of my most difficult emotional moments were when I didn’t get invited to a school friends’ houses. I didn’t get invited to sleepovers or birthday parties. None of the kids asked me if I wanted to sit with them at lunch. I was bullied all my life when I was in school. I was pushed down a flight of stairs and somebody caught me and I had a textbook thrown at the back of my head. I had food thrown at me and rubber bands flicked at me, pencils thrown at me. You name it. Kids called me names like, ‘dead battery’ and ‘retarded robot.’ It was a running joke in school that I acted the way I did because my ‘batteries were running low’ because I repeated myself a lot.  I also was called ‘rock head’ and ‘bone head’ at school because of my metal plates and screws inside my head. I also had my head banged.

During my senior year of high school, I lost my best friend, my mom. Kids seemed to understand the death of my mom more than they did my autism. School felt like a prison to me and I was so sad and angry that I wanted to drop out of school, but I never gave up. I made it through.

Not being included in things was a struggle for me growing up. People made fun of me for using my sensory toys, which to help me with my autism when I am feeling a sensory overload or when I am in large crowds. The toys help me from stemming and shaking. I also struggled with making conversations with people when I was in school, with people staring at me because I did things differently than others without disabilities. I also struggle with getting upset over little things. I often ask people, ‘Are you mad at me? Are you okay? Did I do something wrong?’

I would like others to know that people with autism are unique just like everybody else. We are people too, just like everybody else. Autism affects your five senses; we use them differently than people without autism do. People with autism use sensory toys and sensory products because it helps them when they are feeling a sensory overload and when they are feeling overstimulated and overwhelmed. They help us from getting upset or scared. We are also visual thinkers and visual learners. We see things in pictures not words. A lot of people that live with autism don’t deal well with loud noises. They’re 10 times louder for people living with autism.

I see the world in pictures and living with autism in the real world can be scary sometimes. You don’t know what people are going to think and say about you. It is like multiple questions inside my head at all times. Living with autism is like living in 2 different worlds, the ‘disability world’ and the ‘real world.’ When you are in the disability world, you don’t feel scared because people understand you and won’t judge you or make fun of you. I feel safe around them. In the real world, however, most of that comfort is lost.

I got my permit when I turned 15; it took me 8 times to pass my permit test. I never gave up and I eventually passed. I got my driver’s license when I was 16 years old and I have driven for 10 years now. I also graduated from Farmington High School in 2012. I have lived in my own apartment since I was 20 years old. I have lived on my own for almost 6 years now and I am my own guardian. I pay all my own bills and I love being independent and being an adult. I love having my own freedom.

I also help out 50 families in their home who have kids or adults living with autism and disabilities, though I don’t work for a company or anything. I started going to a day program called ‘Greater Heights’ which I love because I love being around and helping people with disabilities. I also got appointed by our Governor to be on the Missouri Developmental Disabilities Council Board where we write and pass laws. I compete in beauty pageants and have won numerous titles, including Missouri Miss Amazing Pageant. I had the best time of my life competing and meeting new friends!

I’ve also raised over $20,000 for people living with disabilities. I provide sensory toys and sensory products for those whose families can’t afford it. I am a motivational speaker for autism and I speak at schools, colleges, conventions and conferences all over Missouri and beyond. I do it to educate and teach people about autism. I also have my own business with my business partner Leslie Asher called ‘iPads for Autism.’ We provide iPads to kids and adults living with nonverbal autism and nonverbal disabilities. In particular, we provide the iPad and the Proloquo 2 app which is a $250.00 app for nonverbal children. We are giving those without a voice, a way to be heard through technology.

I lost both of my parents before I was 20 and my brother eight months ago. Losing both of my parents has helped me become a stronger and better person and also helping me deal with my autism better. I want to thank all my friends and family for never giving up on me when things were hard in life for me and also helping me be the person that I am today. For inviting me places and including me in everything they do. They accept me as one of their own and teach me new things every day. I love you all.

I would like to share with others that people with autism can do anything they set their mind to! Just because you have autism doesn’t mean you should give up or let people get to you. You might have to work at things 10 times harder, but you can do it if you set your mind to it. God made people with disabilities in this world and he has a plan for people living with disabilities. You shouldn’t say ‘poor me’ for having a disability. We are unique and special in our own way.

One of my other dreams is to one day have my own talk show someday that way I can educate and raise awareness for families who have kids and adults living with disabilities. But for now, I am happy being an advocate for autism, and I’m doing great! 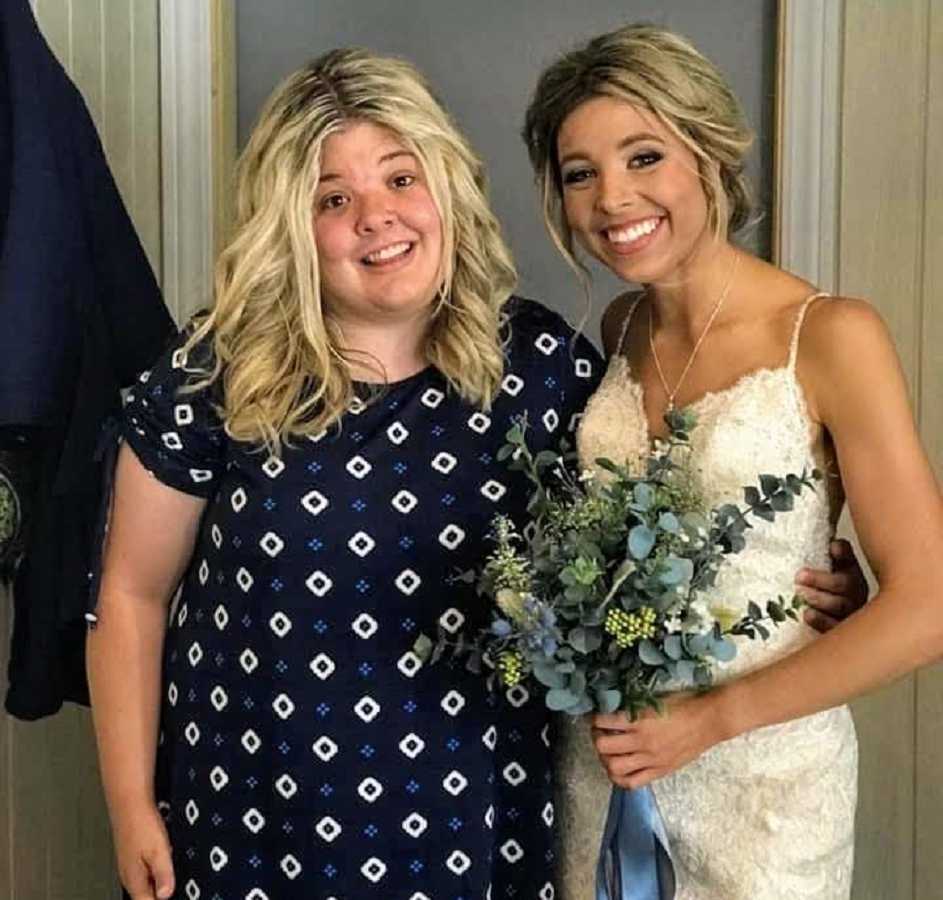 Relationships
7 Ways to Guard Your Marriage When Preparing for Parenthood
May 12, 2020
Relationships
What Happens When Your Husband Stops Giving You Butterflies?
May 8, 2020
Spiritual
33 Verses about Fear & Anxiety That Remind Us God is in Control
May 21, 2020
Relationships
10 Things Your Wife Won’t Tell You She Needs
May 20, 2020
Parenting
What Parents Of Children With Mental Illness Wish You Knew
May 26, 2020
Relationships
I Stopped Having Sex With My Husband
May 19, 2020
Browse