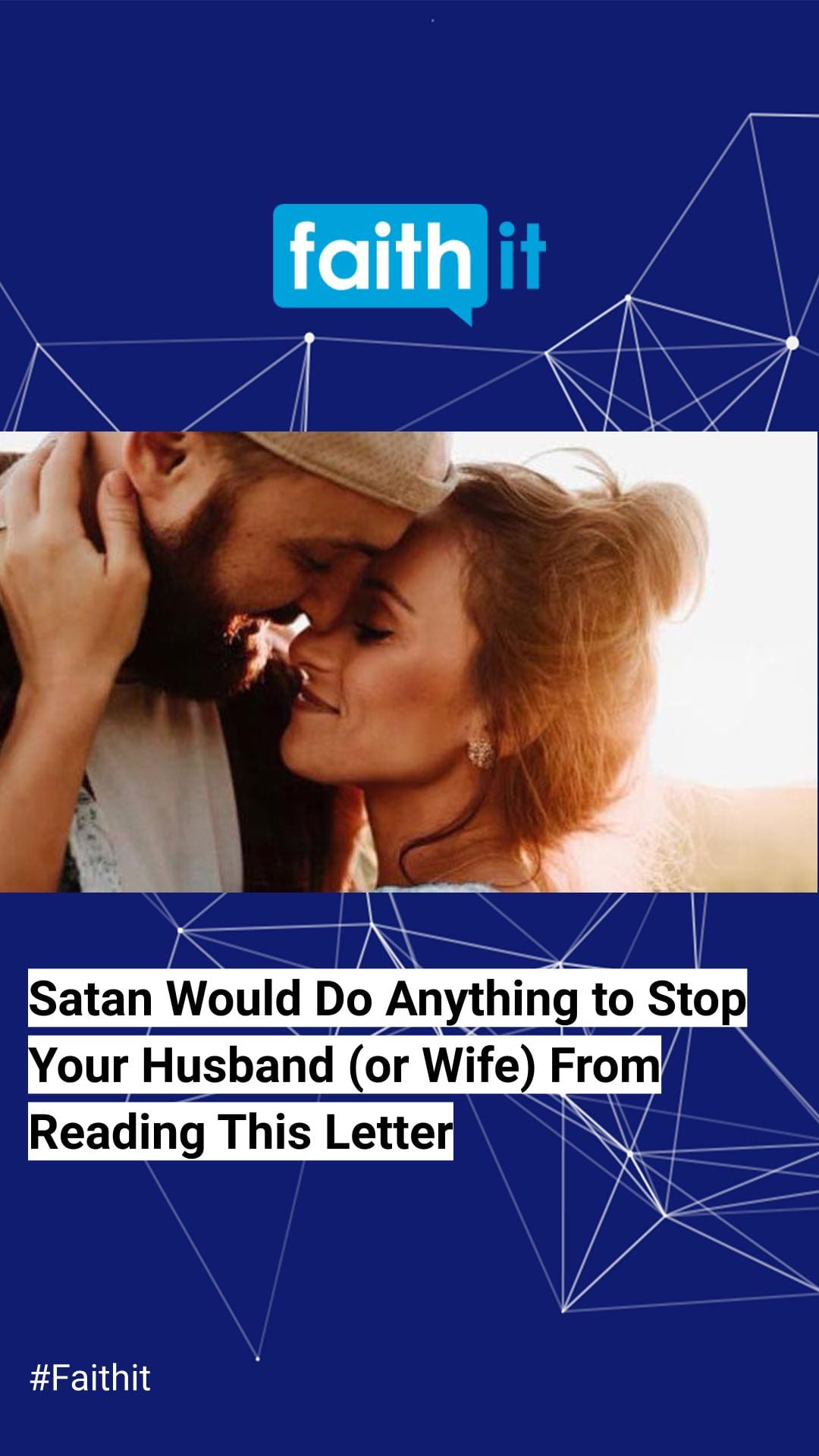 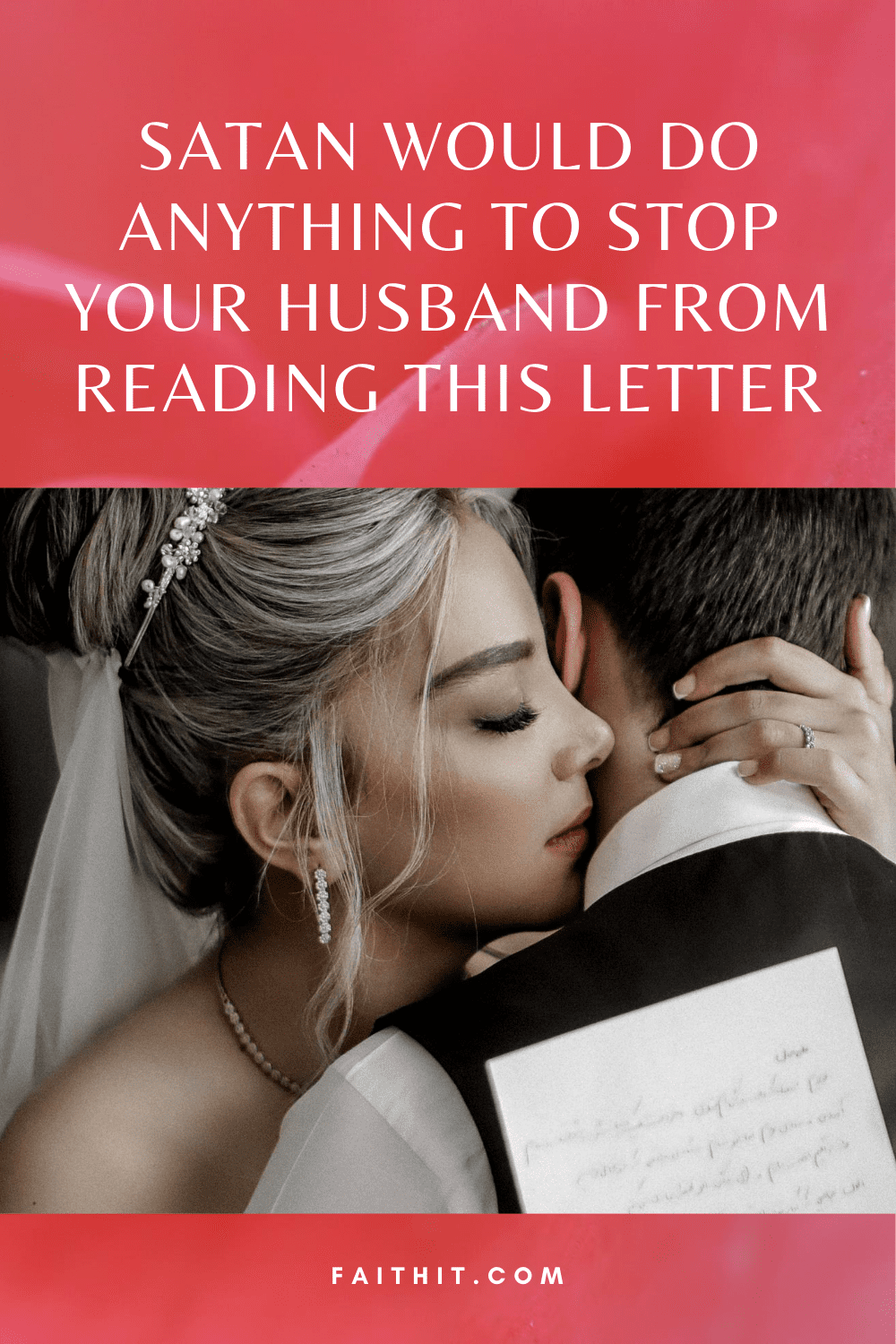 TO: The Principalities and Powers of Darkness

FROM: Lucifer, Prince of Darkness

It’s come to my attention that we really need to crack down on this marriage thing. While I applaud you for the continuing incidences of adultery and the astonishing divorce rate, for which you should be proud, there are still far too many humans honoring God in their marriages. So it’s up to you, my demons, to help me steal marriage once and for all.

I’ve had the Think Tank working up a few ideas, and I believe we can really make up some ground with these suggestions. So, everyone, pay attention, and commit these tasks to memory. This is how we gain finality over fidelity.

Distraction. This is gonna be key, guys. Lucky for us, technology is playing right into our claws with this one. But we need to step up the game. We need more couples on their phones. I don’t want to see anyone looking up from their devices at the dinner table. And don’t think that kids are excluded from this exercise! Actually, if we can reel them in young, we’ll hold the minds of the future generations. They will believe every little lie we spin on social media and in the political circus therein. We can shape their values and ideals while their parents are too busy reading cute memes and fighting for equality of the rhinos. But to satisfy your current appetites for destruction and the unraveling of marriage, keep in mind that overstimulated, tired children always screaming for mom and dad’s phone will help keep everyone irritated and off balance. So, let’s work to increase everybody’s screen time. Got it?

Social Media. Oh, how I love this one. Sure, there’s still good stuff that goes on there. Prayer requests and such, but we’ve started infiltrating that particular hiccup with the circulation of fake prayer chain messages and hate speech in comment sections. We expect that by stoking pride in man and encouraging rage behind a screen we can isolate most people into groups. Division is huge here, ok? But back to marriage…

Social Media is a big win for us, guys. Not only does it distract couples from having an honest to goodness conversation with one another, but it also spurs discontent. The great thing about social media is hardly anybody is honest. They can hide behind their profile. They only share their highlight reels, and this is where you come in. So, when a wife sees another woman share the bouquet of flowers or sweet card from her man, I need you to stir jealousy and disillusion in her mind. Make her think things like, “why doesn’t my husband do that?” And make her forget about the thoughtful things he does do. Basically, your job is to fool her into thinking other men are more thoughtful than her own.

Another thing working in our favor are filters. I need you Discouragers and Demons of Self-Hate to keep whittling away at the self-esteem of women. Keep whispering to her that she’s not pretty enough or thin enough. Sway her to alter her appearance with filters, pose provocatively for a picture, showing as much flesh as possible, and then put it through an app to polish off the look. When she no longer even looks like herself, I need you to whisper, “perfect.”

In the meantime, I need you to cloud the vision of man. Make him blind to the virtue, beauty, and loyalty of his wife. Tempters, I need you to pull his eyes towards the apparently perfect pics of other women on social media. I want you really pushing “the grass is greener” concept. This really works on both spouses. Lead the wives to look on other women’s husbands, and vice versa. Highlight the flaws of each partner, and trick them into seeing perfection in the masks others wear. Make them covet what they do not have, and ignore what they do. Then you pounce with the private message. You tempt with the disappearing Snap.

Make the wife feel pretty again under another man’s compliments. Make the husband feel strong and appreciated under the gushing comments of another woman. In this phase, continue to distract spouses from having any real communication to mend fences. Keep the veil over their eyes, the thorn in their side, and the anger and poison of unforgiveness in their hearts.

Listen, this is nothing new. We’ve been doing it for centuries. Now it’s just easier with the anonymity, secrecy, and easy access [to] social networks. Plus, they make the spreading of lies so much quicker and easier. If you’re not using social media like crazy, then you need to catch up to this century. This is our season to shine!

For those of you gunning for the annual bonus, I have an extra credit assignment to inflict on social network perusers. Since it’s becoming such an important facet of their life, work with it. Cultivate the idea that what other people think is what’s most important. Remember the Keeping Up With the Joneses Campaign? This is exactly like that. Only the Joneses now have upgraded filters to apply over photos of their multiple trips to the beach and Disney. A great way to use this to our advantage for destroying marriage is to convince partners that they require public displays of their love on social media. If he doesn’t say it on social media, he doesn’t mean it. If you don’t share the gift on a social network or two, it doesn’t count. This works twofold for us. Not only does it breed envy, [but] it also creates a false sense of what love really means. If we can keep them focused on the outward appearances, they’ll hardly notice when we poison their insides with bitterness and discontent.

And we can’t forget…

Self-entitlement. “You-know-who” wants them to be a servant per His example. Ridiculous! We’ve been telling them since the Garden they can be gods, so why stop now? The good news is we’ve really been making gains in this department over the past decade or two. We’ve made great strides in convincing people they are most important and they deserve to be treated as such, stroking their pride while promoting a feeling of superiority. We all know marriage can’t work if you aren’t willing to serve your spouse! Fools.

The great thing about this technological age we now find ourselves in is that it promotes a fast-food-lane lifestyle, where folks can get it their way, right away. Everyone is a winner, they all get a trophy, and losing isn’t an option. Bring on the marital spats! We’re gonna promote a “don’t back down” mentality, and make sure they go to bed mad.

Spirit of Selfishness, you’re leading the team on this one. Make wives only see their own contributions to the family. Harbor in them bitterness for their husbands not helping out enough. Make them blind to the positive attributes of one another. The key word here is “me.” Make that the only thing they see.

Busyness. Finally, let’s seal the deal by keeping spouses busy and exhausted. It’s easier now than ever to keep couples distracted by busy schedules and an overwhelming to-do list. The gang over at Pinterest has been phenomenal at helping us on this front. They promote an often unachievable perfection that looks simple. Pinterest Fail? No way. Pinterest for the win, I say.

Let’s encourage them to work overtime, for a vacation they’ll be too tired to enjoy. Let them come home exhausted, irritable, and feeling unappreciated for their efforts. Make every day like the day before, stealing their joy, and taking away any hope for the future. Convince them to keep their feelings of unhappiness bottled up inside, not discussing it as a couple, and eventually feeling like it’s their partner’s fault they feel this way. This attitude will leave them open to your best lie of all!

When you can whisper, “Just get a divorce. Changing your spouse will change the mess of your life.”

I hope everyone is as excited as I am for this campaign to steal the marriages of God’s most favorite creation, His human children. The best part is He’s willing to bless and restore marriage, but they are too blinded by our tactics to see that. So, keep up the good work, guys. If we can keep up the pace we’ll completely destroy marriage in no time.

In the meantime, keep your eyes open for my next email. In it, we’ll discuss the finer points of destroying humans status post-divorce and adultery. We’ll even enlist the help of “the church” to make them feel like failures and sinners without chance of redemption. Stay tuned.

Brie Gowenhttp://briegowen.com/
Brie Gowen is a 30-something (sliding ever closer to 40-something) wife and mother. When she’s not loving on her hubby, chasing after the toddler or playing princess with her four-year-old, she enjoys cooking, reading and writing down her thoughts to share with others. Brie is also a huge lover of Jesus. She finds immense joy in the peace a relationship with her Savior provides, and she might just tell you about it sometime. She’d love for you to check out her blog at BrieGowen.com.