Isn’t that what people say when they break up with someone. Well, I guess you could say that’s true with Netflix (among other networks) with us. It wasn’t so much specifically what Netflix was bringing to the table, but rather it became a realization of how that was affecting us. It became all about us, about what we needed in our lives at this point and time. Allow me to expound. 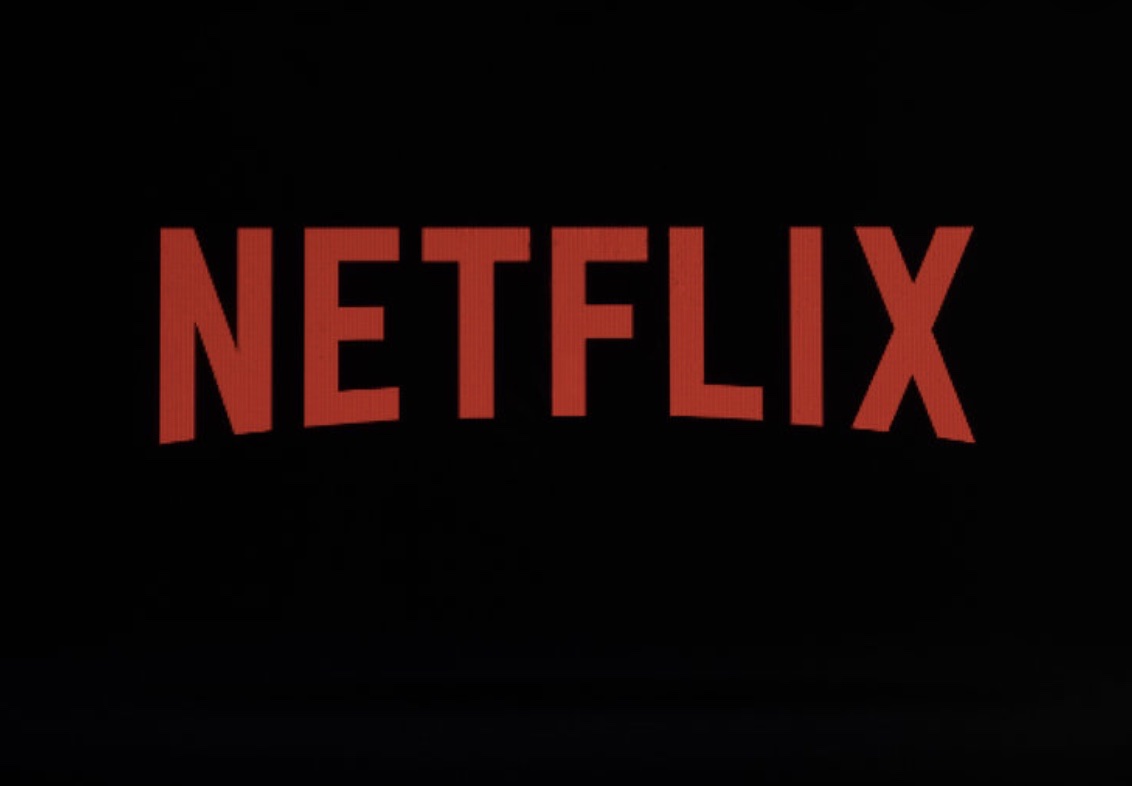 I can remember about 8 1/2 years ago driving down the street in my blue, smart car, my baby daughter buckled in the back, windows down, digging the sunshine, and enjoying my jams. The radio wasn’t blaring, but it was high enough to drown out the breeze blowing inside. I smiled at the beat, grinned at my gorgeous girl in the backseat, and I guess I chose that moment to tune my ears into the lyrics coming from my car speaker. My eyes grew big as the words became clear, and it wasn’t that I had pristine, virginal ears. I mean, I had served in the Navy, and cussing like a sailor is an aptly applied adage. I suppose I was simply surprised to hear such uncensored language on a public radio station. My eyes went to the rear view mirror again, and though my infant didn’t understand the sexual act the singer described in cutesy detail, I realized that one day she would. In fact, she’d know way too much if I kept the dial tuned there. And so began my change in music.

I’m not saying that I never listen to non-Christian (secular) music anymore, but if I were going by percentages, I’d say I listen to Christian music about 95% of the time. While it initially began with wanting something wholesome and uplifting in my vehicle with little ears listening, it ended up meaning more than that. I realized pretty quickly that songs about Jesus made me feel good. They affected me on the inside, changing my very mood and emotions. This was when I started to realize that what you put in was what fed you. I feed myself (even when I’m alone) with music that energizes my soul in a positive way.

Shortly thereafter I was reading a book by my favorite, horror author, and I began to feel sick as the writer described the twisted mind of a killer, one who found pleasure in causing pain. I closed that book, and I never picked up another from him. I had been reading all his books for twenty years, and I owned most of them in hardback edition. Eventually those left my home, and I also began to read books only by Christian authors. Did that mean that I thought non-Christian books were bad? Hardly. There are so many wonderful authors out there. I just found with books, much like music, that reading about Christ cultivated my relationship with Him. Again, feeding my spirit gave me such a positive outlook and demeanor.

Many years ago my husband and I stopped watching certain types of films or shows. It seemed like everything that came out that was considered scary (my former favorite genre) was about demonic possession, but it wasn’t just the subject. It was how they sensationalized it, somehow making it, I don’t know, cool? I just didn’t like how it made my spirit (insides) feel. It wasn’t good to open that door so flippantly.

Even over the past couple of years, we’d watch a show a few times, then end up cutting it off, knowing in our heart and agreeing together that it wasn’t something we needed to watch. Same thing with certain movies. We’d give them a try, make sure the children were out of earshot, and end up stopping them halfway through. It happened a lot.

Recently I was listening to a sermon at church. It wasn’t about what kind of television you should watch, but it was about making up your mind in life to do something. Sometimes we can know we need to diet or exercise more, but until we make a decision to stick to a certain regimen, we’ll likely put it off another day, never dedicating ourselves to a conviction we feel or a path we know God is leading us towards. We miss out on the life He has for us when we push to the back of our minds that small whisper that tells us what is right for us, and more importantly, what is wrong.

That Sunday my husband was home with our two sick daughters, but as I sat convicted and determined in the sanctuary, I plotted out how I would explain it to him.

Y’all, we love TV. Like, seriously love it. Yes, we spend a lot of time outdoors. We go places and we do things in our community, but when 8 o’clock hits (yes, old souls) you will find us in bed binge-watching another Netflix original. If you paid by hours watched or series completed, rather than a monthly bill, we’d be stockholders in Netflix for sure. We love TV. My husband loved TV. So, how could I explain to him that I felt like God wanted us to let that part of our life go?

It’s no secret that I express myself best through written word, so it’s no surprise that I texted him. I figured I could get my words out (without him interrupting me), and he’d have time to mull it over before I got home. I prayed before I hit send.

Breaking Up With Netflix

I wanted to go ahead and tell you what’s on my mind right now.

He keeps in perfect peace those whose minds are stayed on Him.

Many years ago we stopped listening to secular music. We understood the effect it had on us.

I love to read. I stopped reading my fav authors like Stephen King. In fact, I only read Christian books now.

We read our Bibles every day, but we honestly spend the majority of our time watching tv.

How does it look to the girls when we constantly say “get out. You can’t watch this.” They’re watching what we watch and basing what is acceptable on that. Are we ourselves becoming desensitized to what is of God? How can we consistently feed stuff into our heads that isn’t of Him? We’ve known for a long time there’s stuff we shouldn’t watch, but I’m thinking that instead of stopping shows/movies over and over, we make a decision to only watch Christian shows/movies. I know they now have Christian tv streaming. GodTV and others.

His initial reply was, “I agree, but maybe we could just stop watching shows we know we shouldn’t watch. If we don’t watch secular shows, there’s nothing to watch.”

But by the time I got home he was completely in agreement. We started researching different Christian, television streaming services, and finally settled on one I was familiar with, Pureflix (no, this isn’t a sponsored post, lol). We then started a series on that service that I must honestly say is the best television series I have ever seen (Christian or secular). I think my husband has already watched the first season three times.

Since then, we have watched only Pureflix (only Christian movies or series), and it’s been awesome. They make really high quality Christian films now with big budgets and well-known actors, but more importantly we are feeding our spirits and home with positive, Christ-affirming entertainment. We can feel the difference. We’re in a better mood and overall just feel light and airy. I think we underestimate the negative influence entertainment can have on our countenance.

Bonus? We don’t have to chase the children out of the room, yelling “close your eyes” or “cover your ears.” They aren’t equating being an adult with watching “bad” TV. We’re not just instructing them to “do as I say, not as I do.” We are modeling the behavior we expect of them.

And for another thing, have you seen what’s on TV lately?! I know it’s always been pretty bad. I remember all the 80’s movies. My parents let me watch them all. Stuff that I thought was amusing twenty years ago just seems uncomfortably inappropriate now. What was once considered taboo on regular television is broadcast on “family friendly” channels now. Blatant sin is included in cartoons, and taking the Lord’s name in vain doesn’t even make people flinch anymore.

So, now do I think all secular television/movies are bad, and anyone who watches them isn’t close to God? Of course not! That shouldn’t even be a consideration, but in a world that finds offense at every single opinion, I feel it necessary to stress that. You watching You? Perfect! I actually really enjoyed that show! You keeping doing you. Me? This is where God is leading my family now. Continue your regularly scheduled program without judgment from my little corner.

And because I had this exact comment on a post before, I’ll add that no, I don’t have a religious spirit. I don’t think God expects perfection or for me to do A, B, and C to go to Heaven. Grace is my favorite subject, and salvation my best gift. I’ll take relationship (with Christ) over religion eight days a week. So, it’s not in some pharisaical spirit that I lay down laws for myself and my family to be more Christ-like. I just love Jesus. Why wouldn’t I want to watch shows made by people who love Him too, or listen to music that praises His name?

Will we always only watch Christian programming from here on out? I honestly don’t know. About eight years ago we did a 30-day challenge with our Christian music, and many, many 30 days later, we’re still 95% Christian tunes. We like it. I imagine we’ll find Christian television feeds us much the same.