[Forty] years, one caption read. I felt like I would cry. A man who had worked in the same job for [40] years would not report to work Monday. For some reason that hit me hard. I knew neither he nor his family dreamed his day would end in tragedy. The senselessness of the murder of so many people, simply doing their job (much like I was doing at the time), hurt my heart. It also made me consider how easily something like this could happen, to anyone. There you are passing medicines, answering a phone, ringing up items on a cash register, or turning a screwdriver when bam, life as you know it here on earth ends. Your family is left to pick up the pieces, and the world is left to try and figure out why.

Why did the gunman shoot those people? 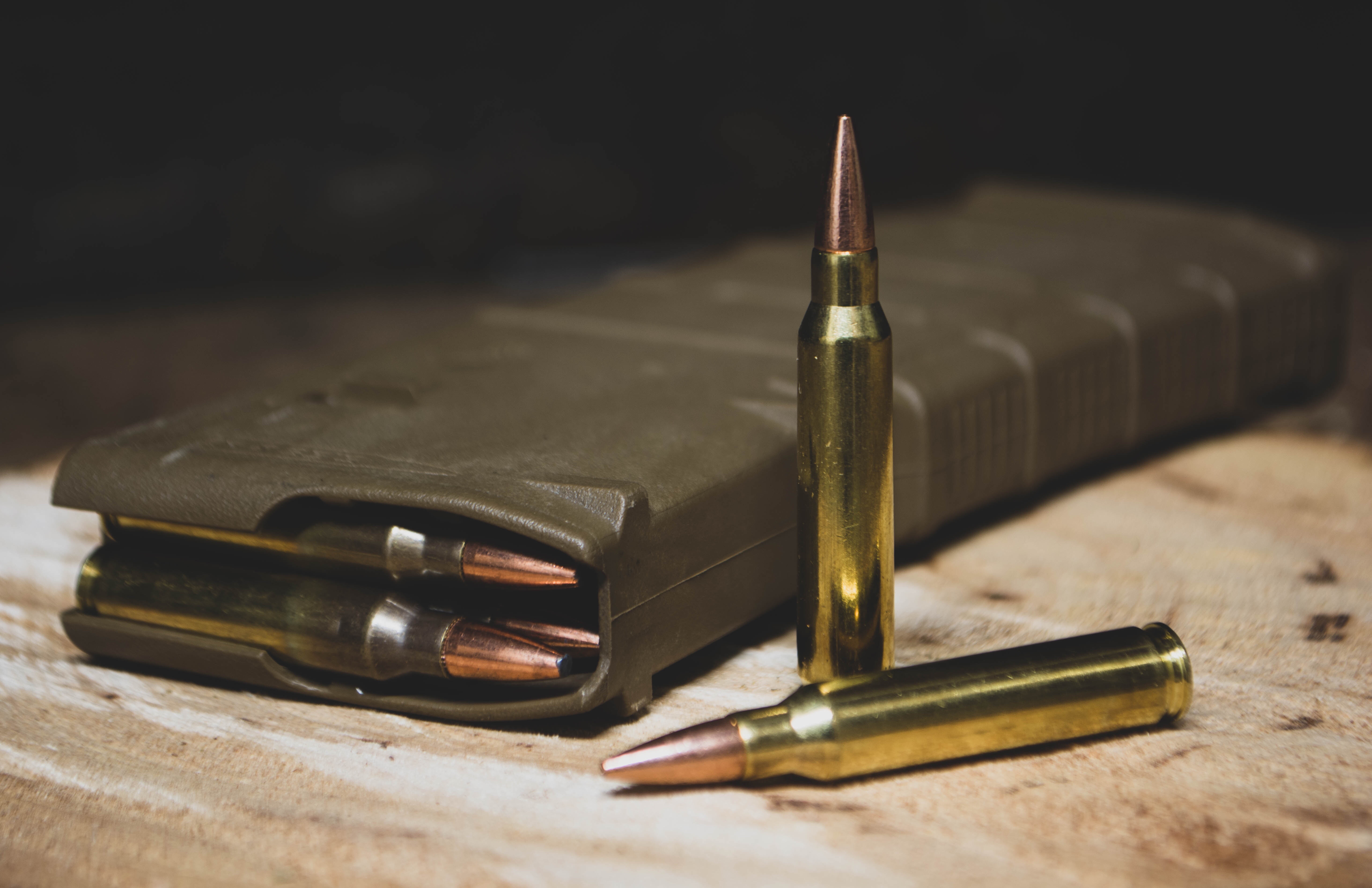 I don’t have to keep watching the news to guess the hypotheses that will be drawn. “Experts” will pipe in with their educated guess on what happened to cause the psychological break of this individual. Or political hopefuls with hidden agendas will feign empathy as they elevate their particular platform cause as the instigation behind such tragedy. They’ll all be wrong. Sure, some issues may aggravate the situation, but there’s no need to try and weigh nurture versus nature if you refuse to look at the real root cause for the Virginia Beach shooting.

It’s not gun laws or how long one has to wait for a handgun. It’s not poverty or socioeconomic constraints. It’s not mental health access problems coupled [with] lack of insurance issues. It’s not a failing judicial system or problems with a building’s security. That’s not the cause. Sure, these are problems, and many of these can be improved upon. But it’s the issue we ignore that’s at the base of tragedies like today.

See, it’s not just yesterday’s shooting. As I was reading an article about the Virginia Beach shooting one sad fact stuck out to me. The article stated this to be “the United States’ worse mass shooting since November.” It wasn’t that it was the worst (although that’s horrible), but rather that it was the worst (only) since November. Meaning that a similar tragedy had occurred just half a year prior. That’s sad.

Have you noticed that mass shootings seem more common? Have you noticed school shootings on the rise in the past [15] years? What about human trafficking, for that matter? Abuse, violence, even child abduction? It seems to me that things I must worry with about my children’s safety weren’t as much a concern for my parents. Times have changed, people say, and it certainly seems true. You could argue that we know more now than we did [50] years ago. With social media, cable news channels, and the internet we have a heightened awareness of the world at large. I suppose that is certainly true, but I tend to believe that the root problem has multiplied. I mean, the Bible has warned us for years it would.

Today, as I prayed about how I should write on this topic, I felt the Lord impress some wisdom into my heart. Wisdom that needs to be shared.

I felt like God said, “you have to stop denying the existence of evil among you.”

Have you ever read the Old Testament?! Talk about evil! They frequently threw their kids into the fire as a sacrifice to Molech. I mean, can you say crazy?! But are we any better now? We can easily look back at [b]iblical child sacrifice and proclaim, “that’s evil!” That’s demonic, for sure! Am I right? Yet since 1973 well over 54 million babies have been sacrificed legally. Evil exists today, but we call it things like progress or human rights. Now, that’s not to say I’m implying that people who have an abortion are evil. I’m not! But I do believe it is the powers of darkness that tell us murder isn’t murder or sin isn’t sin. See, evil nowadays has become more tricky. It disguises itself as something else. We don’t even think about words like evil or the devil.

First, realize that I’m not giving Satan power by blaming him for tragedy among us. Rather, I am recognizing the battle we face in this world. We aren’t fighting terrorists, human traffickers, shooters, or child molesters. I mean, we do battle those particular outlets of evil in the flesh, but we must also recognize the spiritual significance of the problems we come against. It’s not guns or an unwanted pregnancy that causes death and destruction any more than it was a flame that caused the sacrificial burning of children by the Canaanites. Yes, fire killed the kids, but Satan was the real principality behind the bull statue/idol. Yes, a gun ripped through the victims in VA Beach, and it was a man who fired the weapon, but who do you think influenced his actions? You could blame his parents, I suppose, but where did the chain of abuse begin? What is it we’re really fighting? What is the root cause of tragedy and death?

Is it a chemical imbalance that causes a man to rape an [18]-month-old child? Maybe it’s a tough upbringing. No, it’s pure evil. What else can make people do some of the heinous things they do if not demonic influence?

But people don’t like to talk about Satan. It makes them feel silly cause they can’t see him. They picture the old cartoon drawings of the red skin and pointy horns, forked tail and a sinister grin with matching, curly mustache. Of course, they feel silly blaming a caricature. But if you believe in God, and you believe in the Bible, then you must follow the warnings of Jesus about the one who comes to steal, kill, and destroy. Yes, there are bad people out there, but recognize what power is influencing their life.

We see atrocities over the past few decades that once only existed in less civilized countries. Do you wonder why terrorism, rampant crime, and sadistic abuse now dominate your news feed? It’s not just because bad news sells. It’s because a country that once primarily served God has turned its back on Him. We no longer exist under the hedge of His protection like we once did. His faithful remnant remains, but evil will make its last rise before Jesus prevails once and for all. This has been prophesied, so don’t be surprised.

What can we do about this evil? If we can understand and believe that it’s not merely flesh and blood we battle, but principalities and powers of darkness, then we must stand for good. We must be the light. When we can stop hiding our heads in the sand and blaming guns, bad neighborhoods, or video games we will be able to stand firm in the spirit of truth.

We must take seriously our role in spreading God’s truth. [Ninety percent] of the population lives its own little life with little thought to the eternal existence of those around them. We have forgotten The Great Commission. We think it’s up to those called to ministry or the mission field to tell folks about Jesus. Do you go about your day and never make a single positive impact for God’s kingdom? It’s this world that suffers from Christian complacency and comfort. We usher in evil when we do nothing. Let that sink in.

We need to be on our knees praying for people’s souls but also opening our ears to how God may use us to lead people to Him. We must stand firm against evil by being the salt of the earth. We must walk in goodness, stand for truth, fight for the innocent, and ready our armor against evil. Read the Bible to be aware, open your eyes to spiritual warfare around you, and claim victory in Jesus’ name. The angel warriors of God gain strength through prayers of the saints. That’s you!

We need to be giving to our church and ministries that spread the love of Jesus, but we also gotta show that same love in our everyday interactions with others. The best roadmap to salvation for someone is watching your life. Not everyone will attend church with you, but they will watch how you react to conflict or treat a coworker.

We must stand up for what is right. We must not bury our heads in the sand or hide in our prayer closets. Yes, we must continuously intercede through prayerful petition, but the world also needs a dose of truth to know the way. We can’t expect them to simply find it on their own. Road to Damascus moments don’t happen every day. God is counting on us to be the voice of reason, eye-opener, and best example of Christ’s love.

We cannot keep living life oblivious. We can’t keep marching to [our] own drum of our perfect little lives, ignoring the plight of this world, shaking our head and saying, “that’s so sad,” but then heading out to LongHorn for a steak dinner, never letting distant tragedy cross our minds again. Instead, we’ll complain over slow service from the waiter and give a crappy tip while we wear our “I just need coffee and Jesus” T-shirt. No, sister. You need to show people Jesus. Just saying.

What really caused the shooting of innocent employees in VA Beach? I’ll give you a hint. It wasn’t just the [overabundant] rage of a disgruntled employee whose daddy whipped him as a child. It was the same root cause behind all things that try and stand against the goodness of God. It was evil. Plain and simple.

Why do things like this continue to happen, but also at an alarmingly high rate? Because we, God’s people, are doing nothing about the root cause. We’re being overly distracted by politics and numerous other side notes. Guess what? Distraction is from the devil too. It’s true.

Evil takes root when good hides its light under a bowl. Evil rears it’s head when good people do nothing. Evil stands tall when we bunker down in fear. Evil multiplies when we allow it.

So what really caused the Virginia Beach shooting?

Maybe it’s us. Maybe we did.

Causes
He Dumped Her at the Altar & Said “Have an Abortion.” When She Sees the Pic the Nurses Were Hiding, God Gives Her a ‘Gut-Feeling’ Not to Do It.
July 29, 2020
Inspirational
To the White Parents of my Black Son’s Friends
May 29, 2020
Causes
Truck Driver Blows the Whistle on Sex Trafficking Scheme at Virginia Gas Station
July 30, 2020
Relationships
The Question That Saved My Marriage the Day I Wanted to Divorce My Wife
May 11, 2020
Causes
The Day After I Killed Myself
July 16, 2020
Inspirational
“I Was Screaming and Jumping & Screaming Some More!”: College Roommates Discover Their Moms Are Long Lost Best Friends
August 7, 2020
Browse