The other day I stood in front of the mirror contemplating my choice of clothing attire. I was wearing the absolutely most beautiful top. It was embroidered, flowing, and had a very happy, boho vibe about it. But then there was the neckline to consider. I had bought the blouse a year ago, and I had yet to wear it. I didn’t try it on at the time, so I didn’t realize until I got it home just how plunging it was. I didn’t return it because it was so beautiful that I did want to wear it, but something in me wouldn’t allow it. I had tried to give it one last chance, but I just couldn’t take the plunge, so to speak. 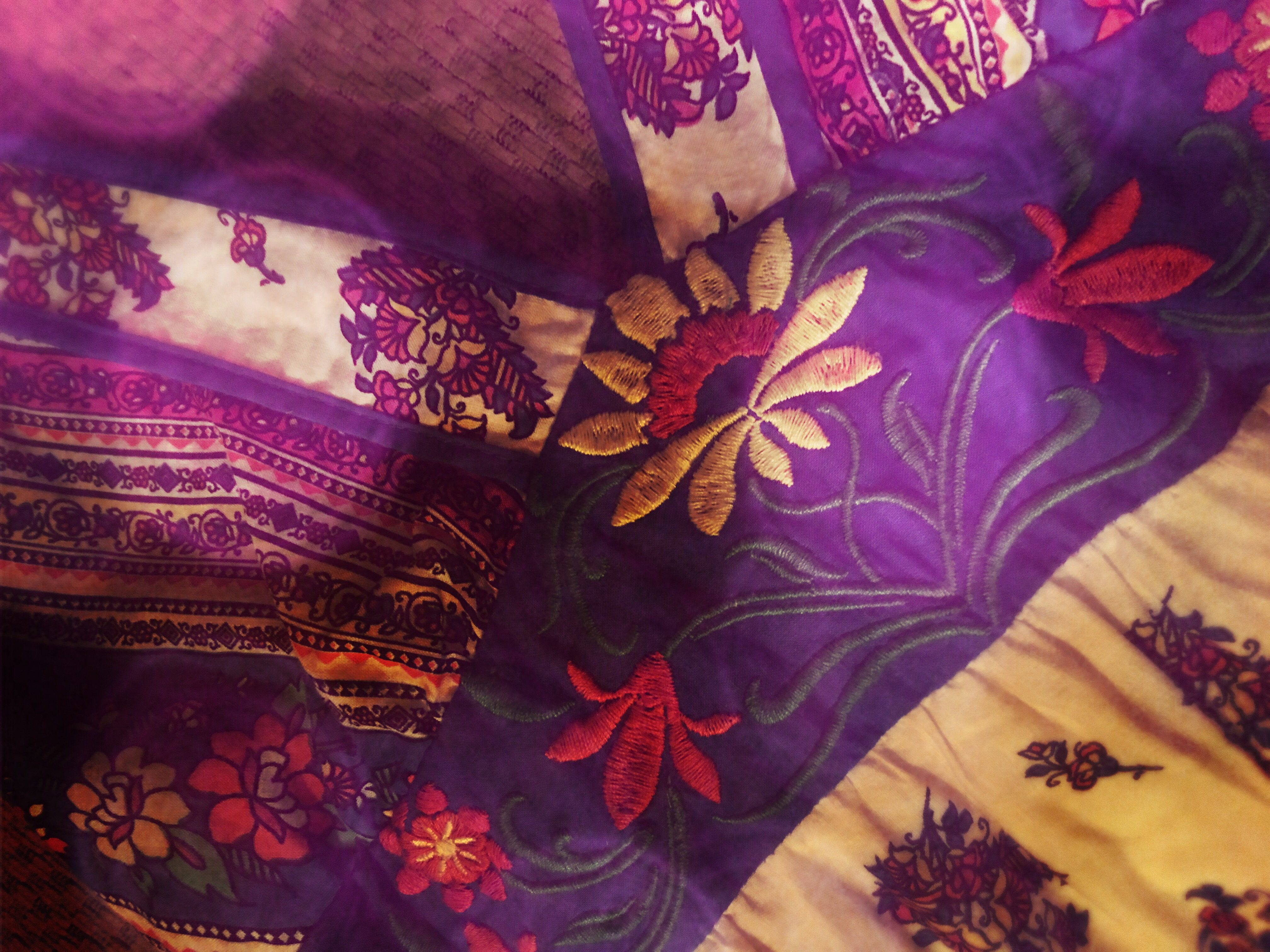 When I looked in the mirror at myself I had to be honest. It’s wasn’t the beautiful, yellow embroidered flower at my breastbone that drew attention. It was my breasts. I even asked my six-year-old, “What do you think of this shirt?”

She giggled, “It looks funny cause your boobies are showing!”

I took the shirt off and went with something else. Later that night my 14-year-old stepdaughter came over to our house, and the sight of her bottom butt cheeks peeking from her shorts made me realize that I needed to pass along what I had learned. The thing is I didn’t learn it until I was in my 30s, but for my daughters I wanted them to realize it much, much sooner. I wanted them to know why I chose not to wear the top with the plunging neckline.

I think my stepdaughter might have assumed I changed my shirt because I’m old (in her eyes), and old moms don’t wear “sexy” stuff. Or maybe it was because I was married to her dad and didn’t need to look sexy anymore. And while it was true that I respected her father, that was just the tip of the iceberg. Yes, as a devoted wife I felt certain parts of my body were best kept for his eyes only. My sexiness was reserved for him. I felt like modest dress otherwise was certainly a way I respected our relationship, but I wanted my daughters to know why keeping their goodies covered was good for them now.

As a teenager and young woman I didn’t realize that my body actually belonged to God. I knew about God, but I didn’t think of it that way. I certainly didn’t see myself as a precious creation made lovingly by Him, and seen as beautiful and priceless in His eyes. In my young mind that was convoluted by the world’s views as I saw them in my mom’s Harper’s Bazaar or Victoria’s Secret catalog I was certain my worth was based on outward appearance. Also after being rejected in life I based much of my self worth on other’s opinions of me. So if a man thought I was attractive, then I must be.

As I not only grew older, but more importantly grew in my personal relationship with Jesus, I learned to see myself with His eyes. Not only did I realize I didn’t have to dress provocatively to gain attention and affection, I also began to understand that for me it wasn’t the best way I wanted to adorn the temple of my body that God had created. I wanted to draw attention to my Savior, not my physical appearance. And while there’s nothing wrong with feeling pretty and taking care of your physical appearance, when you rely too heavily on your body to make you feel good about yourself you’re neglecting the power of the Holy Spirit in your life.

I would want my daughters to know that they are worth more than their tone, long legs, voluptuous bosom, or perky derrière. They were bought at a price by the sacrifice of Christ, and their beauty is reflected in the Father’s eyes when He sent His son to die for them. So they should never dress in a revealing way if they’re using that to try and make themselves feel beautiful or appealing to the world. But they should also dress themselves with dignity realizing that their very body is a temple for the Holy Spirit. Their choice of attire should reflect that. If they want the world to see anything when it gazes upon their clothing and body it should be that. It should be the light of Jesus emanating from within them.

Some may say eyes will look no matter what they’re wearing, and that’s true. One day I’m sure the man who is to be their husband will look longingly at them. But until that day they should guard their hearts and bodies in a way that reflects their worth and their character. They shouldn’t be a stumbling block for others, but more importantly should remember that they’re beautiful even if they’re wearing a paper bag. They’re beautiful both inside and out. There’s no need to dress otherwise.

Does that mean I want them judging anyone for how they dress? Absolutely not! I’ll show them that the scriptures teach not to judge a person on outward appearance, so neither should we. Everyone has their own convictions and opinions in this life, and we all do best to focus on our own personal directions we wish to take. As my girls grow up they’ll have the freedom to decide for themselves how they wish to cover their temples. I just want to make sure and share with them what this old momma has learned along the way.

Inspirational
Alive Aborted Baby Is Thrown Away as “Medical Waste,” Nurse Hears a Faint Cry And Saves Her Just in Time
May 12, 2022
Inspirational
White Mother Gives Birth to Three Black Babies, And Her Husband’s Reaction Is Absolutely Beautiful
May 11, 2022
Browse