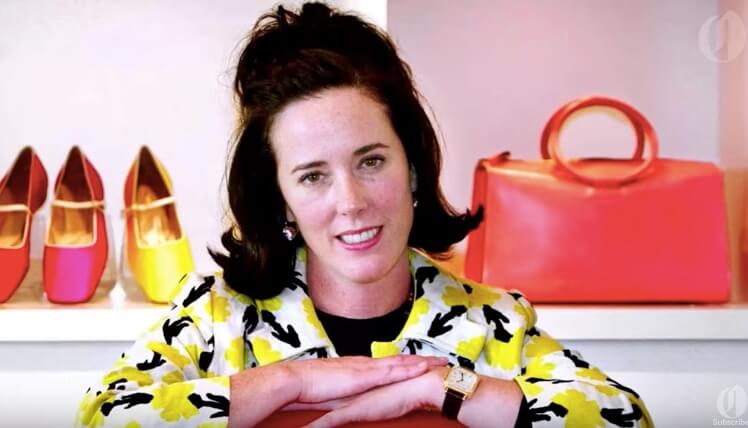 The tragedy has swept the nation as family, friends, and fans alike mourn the loss of the designer who described herself as “a little kooky, but a lot of fun.”

She hung herself with the precise thing she built her empire on: an accessory.

A red scarf. An item that she had designed hundreds, if not thousands of, in her lifetime. 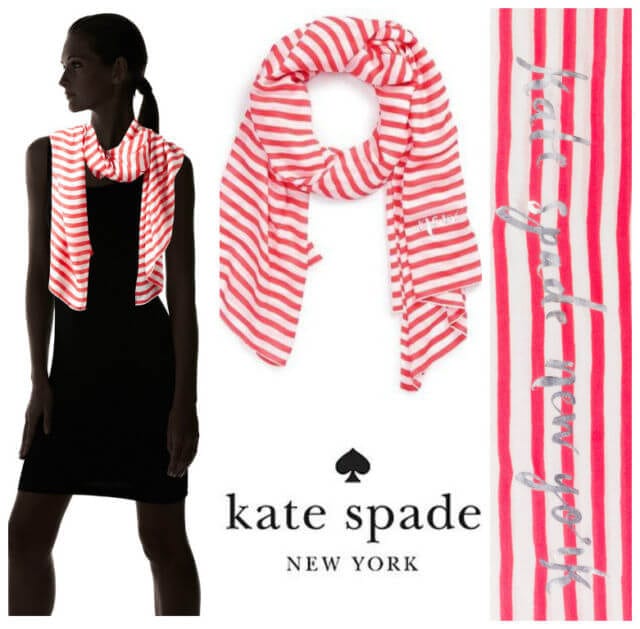 Kate Spade was wildly successful throughout her career, eventually selling her brand to Coach in 2017 for a whopping $2.4 billion and subsequently launching a new brand, Frances Valentine, shortly after.

Speculations as to why Spade committed suicide have flooded the Internet since the news broke Tuesday morning. Some suggest financial problems; others say marital distress, and still others claim it’s because her second brand launch was never nearly as successful as her original.

Her suicide note to her 13-year-old daughter, read in part, “This has nothing to do with you. Don’t feel guilty. Ask your dad.”

Still, though Spade may have been heading toward divorce, her sister, Reta Saffo suggests that Spade’s plans for suicide likely started long ago, as she struggled with severe mental illness.

Back in 2014, when Robin Williams committed suicide, Saffo says her sister was so interested in the news that it was alarming.

“We were freaked out/saddened,” said Saffo. “She kept watching it and watching it over and over. I think the plan was already in motion even as far back as then.”

“She was always a very excitable little girl and I felt all the stress/pressure of her brand (KS) may have flipped the switch where she eventually became full-on manic depressive,” she explained of Spade.

Saffo says that she tried many times to get her sister the help she needed, as she felt Spade required inpatient care, but unfortunately, the efforts were never successful.

“We’d get sooo close to packing her bags,” said Saffo. “But — in the end, the ‘image’ of her brand (happy-go-lucky Kate Spade) was more important for her to keep up. She was definitely worried about what people would say if they found out.”

Her family since came out with a statement scolding Saffo for releasing information that was not substantiated.

Sadly, we may never know exactly what led to Kate Spade’s decision to take her life. It could have been one or all of the above, but the scary question that her tragic death raised in my mind as I shuddered at the thought of her hanging from a red scarf is ‘How many of us worship at the altar of the accessory?‘

I’m not saying that’s what Spade did, as I don’t know her heart — but to some degree, I think it’s a scary trap we all fall into in varying degrees at points in our lives.

And I’m not just talking about jewelry, handbags, and scarves here…

An accessory is technically defined as “an extra thing that can be added to something else in order to make it more useful, versatile, or attractive.”

Whether it be money, fame, image, or even our spouses or children, anything can be an accessory to our lives that we idolize because it makes our lives better or allows us to feel more complete.

And it got me to thinking… was Kate Spade stripped of her idols? The things that mattered most to her. Her husband? Her financial stability? Her signature brand? Her sanity? … and did any or all of those lead her to rock bottom because she had nothing else to hang on to?

And how many more of us are susceptible to the same trap? Of letting our idols rule our identities, and steal our very lives.

I say all of this not to judge Kate Spade or to pretend I know more about her life or death than I actually do, but rather to release a message I think the world needs to hear…

Because how many suicides are we going to sit here and headline with tears and prayers before we say what ACTUALLY needs to be said?

I lost the Kate Spade purse my ex-boyfriend gave me many years ago (I promise there’s a point to this story), so the only thing I have left of her is an iPod case that I still use to this day — yeah the old school kind. 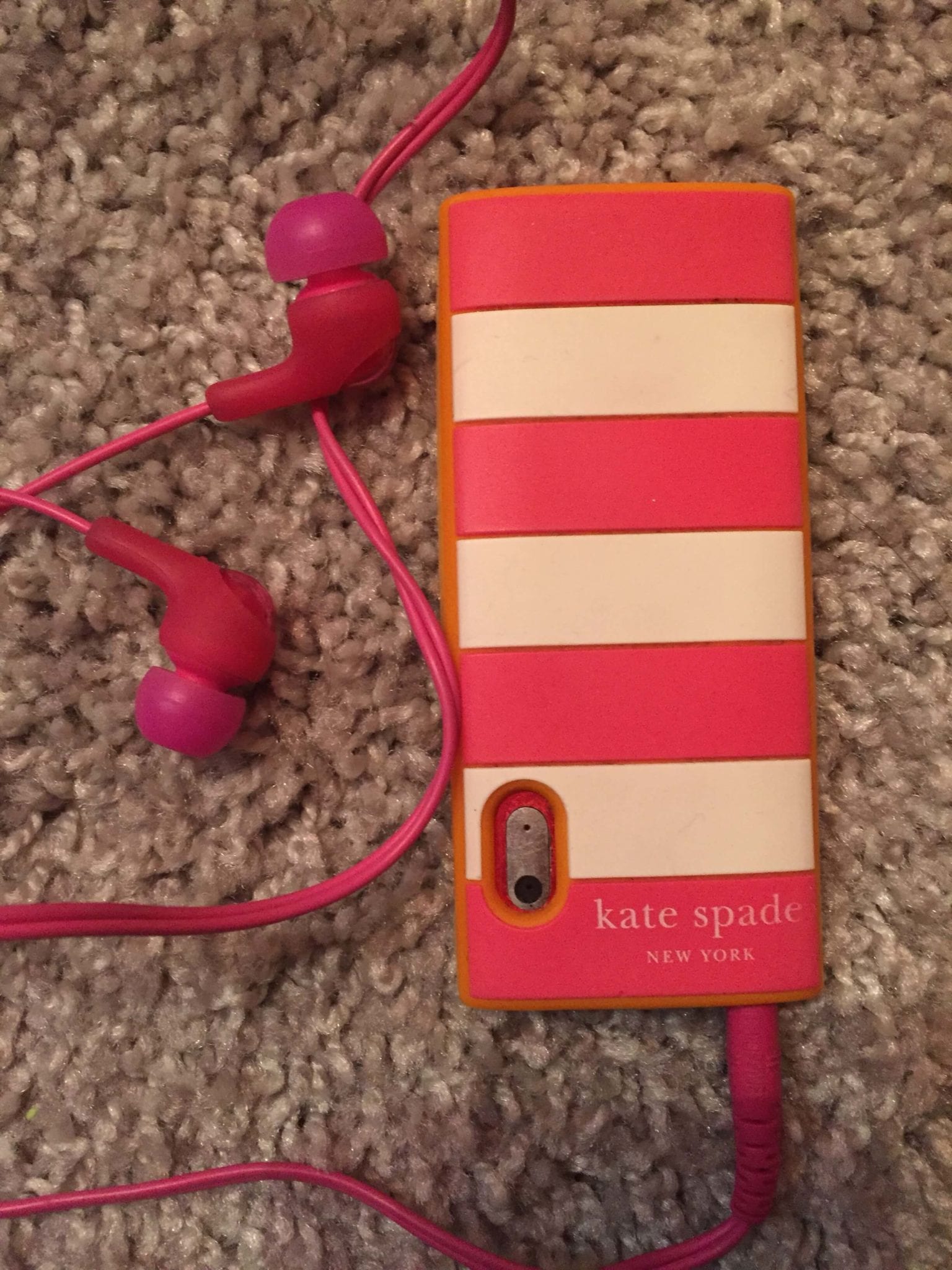 And I’m so grateful, because now every time my runner’s feet pound the pavement with the musical device wrapped in her beautiful handiwork, I will look at her name and remember…

I will remember that fame isn’t enough.

I will remember that talent isn’t enough.

I will remember that an iconic fashion empire isn’t enough.

I will remember that money can’t buy happiness.

I will remember that husbands can leave.

I will remember that a picture-perfect life is a lie.

…and that mental illness can steal your mind.

I will remember that no matter who you are, you too, are a victim of this broken world — a broken world that can ONLY be redeemed by the precious blood of Jesus Christ.

A few years ago, after leaving an inpatient facility for depression much like the one Kate Spade’s sister was trying to get her to go to, I had a mini-revelation during my run with the very iPod that is now encased by the designer’s work — and I’d like to share it with you:

“This is the park trail I run through every day. It’s not glamorous nor nestled amidst a breathtaking view of redwoods, morning glories, or majestic heights. Constituting of concrete, a little gravel, and a lot of grass, it’s strikingly average, remarkably plain. Thus, it is not the environment that cultivates my connection with the Holy Spirit here, but the path.”

“It’s fire in my lungs, the release of pressure, and the remotest sense of peace that momentarily pierces confusion—a gift so dear to a mind in which clarity is a rarity. It’s the restoration of dreams channeled from iPod to eardrum and through my very veins as I rhythmically pound pink to pavement, bringing bold color to a bland canvas [much as Kate did]. It’s the reminder that perseverance precedes overcoming and that what saves a man is to take a step, then another step. It’s where I someday imagine that sidewalk morphing into a red carpet, a runway, or a yellow brick road, and on the same token reflect that perhaps those are all merely this same concrete lost in translation—often crooked & always hard, adorned by the aspirations of a fallen world. People often ask me, ‘Why do you run? Where to? What for? What from? How fast? How long?’ With all due respect, I think those are all the wrong questions…I pose, ‘Who with?'”

So if you’re struggling, my charge to you is STAY in the race.

If you’re having thoughts of suicide, please remember that what saves a man is to take a step, then another step — with Jesus.

If you or someone you know is struggling with a mental illness or thoughts of suicide, please know you are not alone. Suicide is completely preventable. There is hope. PLEASE reach out if you are experiencing suicidal thoughts, or fear that someone you love might be.

Here’s another article on

On Kate Spade and Moms With Depression